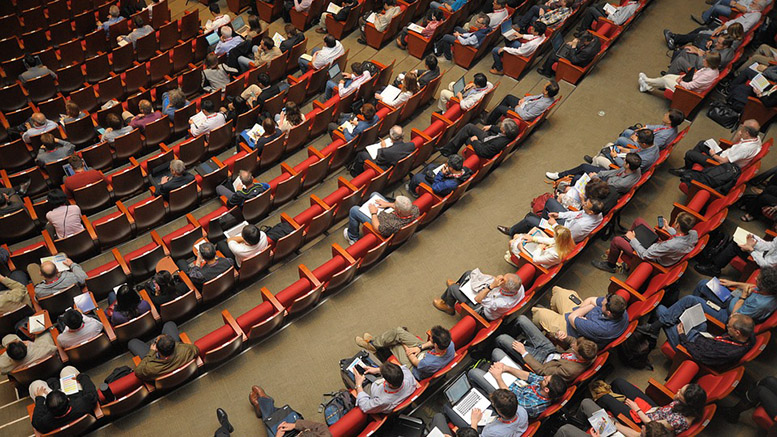 Anyone who has any knowledge of politics knows that we are living in an extremely divided political climate. To combat that, in the spirit of bipartisan cooperation and in the wake of tumultuous town hall meetings, I want to give congressional Republicans some advice to get through these chaotic times.

Now, remember how Republicans swept to power in 2010. The economy was still suffering from the Great Recession and there was a major backlash towards President Obama’s healthcare plan. This backlash was demonstrated through the protests and clashes that occurred at the town hall meetings for Democratic congressmen and women, who would be forced to either skirt around the issue or cut the town hall short.

Democrats, who accused Republicans of AstroTurfing these protests, were widely criticized for their handling of the situation, seeming out of touch, disconnected, despondent, and in some cases, such as the case of David Scott (D, GA-05), violent with their own constituents. That despondency, combined with the already growing Tea Party movement, destroyed the Democrats in the midterm election, handing Republicans the majority in the House with a 63 seat gain.

However, the Democrats were still able to pass Obamacare before the election, and they still controlled the Senate. Republicans were dead set on repealing it once they gained control of the Senate and the Presidency.

Now let’s fast forward seven years. Republicans have been in control of the House for six years, gained the Senate in 2014, and the White House two years later. With the legislature and executive now controlled by Republicans, it’s time to finally set about with repealing and replacing Obamacare. However, Democrats are now protesting the planned repeal of Obamacare, displaying their ardent dismay with Republican policies of the last six years and even shutting down town halls.

Democrats are now using the exact same playbook the Tea Party movement used in 2009 to discredit and ultimately destroy them. So now that the roles are reversed, what should Republicans do?

The answer is not to try to shift to telephone-based or online town halls to dissuade protesters. The answer is not to call dissenting constituents George Soros-funded professional protestors. The answer is not to hold the town hall in practical secrecy through the use of confusing wording and deliberately poor advertising to throw protesters off the scent, like Marsha Blackburn (R, TN-07) attempted. And do not, for one second, think that the issue can be avoided by canceling town halls altogether and cowering in fear from angry constituents who may call you out on any hypocritical or shortsighted policies you support, like Washington state’s Republican delegation has done.

So what should Republicans do? The answer comes from one of their most ardent opponents and one of the most respected members of the Democratic Party: Senator Al Franken (D-MN).

Like many of his colleagues, he was met with protestors at town halls fuming over bloated spending and what they viewed as a dangerous and wasteful attempt at healthcare reform. They wanted to make sure their voice was heard loud and clear by their representative, even if it devolved into the shouting marches seen in other town halls.

What did Al Franken do?

He met them calmly and gave rational explanations to the protestors, acknowledging common ground and giving clear details of the proposal. He met their passion and anger with rationality and reason and, ultimately, came out of the situation the better, altering his perception from comedian who shouldn’t be taken seriously to a legitimate rising star within the Democratic Party.

That’s what you need to do: explain your policies to the constituents, justify your positions by giving real-life examples, and acknowledge any common ground when it arises. Explain your plan in a respectful manner and treat the protestors as peers, as your constituents, instead of rivals that must be proven completely wrong and ultimately bested.

That would, however, imply Republicans had a plan in the first place.

Second annual Take Back the Night walk on April 11