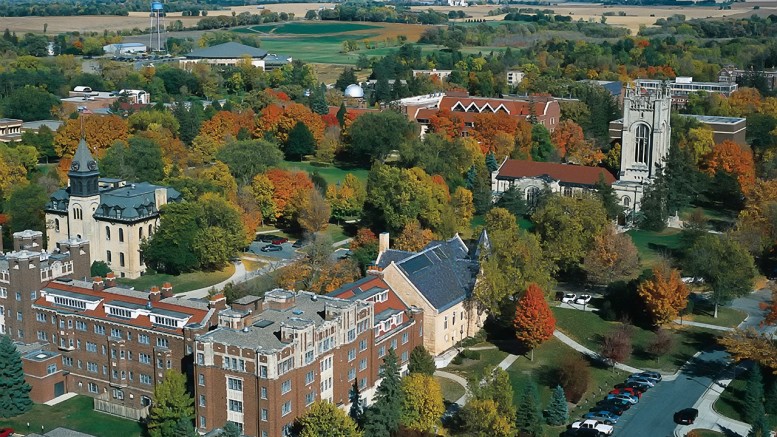 One in four women will be sexually assaulted while in college, usually during their freshman year. However, only one in 50 will report the incident. I know the majority of women reading this think “it will never happen to me” or “I have nothing to worry about.” I had those same thoughts until I became part of those numbers.

Many victims of sexual assault–which is classified as any nonconsensual sexualized touching, attempted penetration, or completed penetration–do not report the incident due to fear of not being believed, fear of retaliation, or fear of embarrassment.

I understand these feelings completely.

However, despite being embarrassed, I reported my incident to my school when it happened.

Going through the Title IX investigation was an emotional process. Leaving my room was difficult. I feared verbal retaliation from my assaulter or his friends, but the support of family and friends gave me strength.

I have to admit, I breathed a sigh of relief when I received a letter stating that he was no longer able to live on campus or be allowed in the dorms.

I wish I could say I’ve stopped thinking about it, but the truth is, I haven’t.

That day is in the back of my mind and I try to answer one simple question: “why?”

I know that question may never be answered, but I try looking at my experience from a positive viewpoint. I will not allow this to weaken me, make me less of a person, or let it define who I am. As time goes on, I am becoming a stronger woman.

If you are sexually assaulted, you are not alone. The key is to tell someone you trust. In my case, I told my parents first and they helped me find the necessary resources. For you, it may be a close friend, a coach, or a professor. It doesn’t matter who you tell as long as you trust them when you are at your most vulnerable state. In addition to your support network, there are resources that can help. Like your support network, the key is to utilize and take advantage of these resources. McDaniel’s Wellness Center offers students help and counseling as well as emergency phone numbers allowing you to engage national and local organizations.

The Wellness Center also provides counseling services with licensed mental health professionals. These meetings, between you and the counselor, stay confidential. Mental health professionals include a licensed counselor, counseling psychologist, and a consulting psychiatrist. McDaniel’s Wellness Center has all the tools you need to report, cope, and help you overcome your sexual assault.

However, reporting sexual assault may not be an option for some, and my goal is to prevent college sexual assaults from happening in the first place. The key to this is awareness; awareness of your surroundings, awareness of others, and awareness of available resources. For example, truly know who you are alone with and trust your gut; if the situation doesn’t feel right, it probably isn’t. Look out for other people, don’t be afraid to intervene, and know who is around you.

These ideas and more are expanded upon in several resources at your fingertips. In particular, the Wellness Center and the Green Dot campaign. The Green Dot teaches college students how to intervene in risky situations. There are additionally several apps that are geared towards prevention, security, and, if needed, reporting resources. These apps are Safe You, Safe Helpline, On Watch, and Reach Out.

Waking up that day, I did not think it was going to happen to me and I wish it did not. By facing it, reporting it, and going through that hard time, I became stronger. It is my goal to let women know they can prevent it from happening to themselves and others. Together, we can make one in four go to none.

McAdvice: How to (actually) survive finals