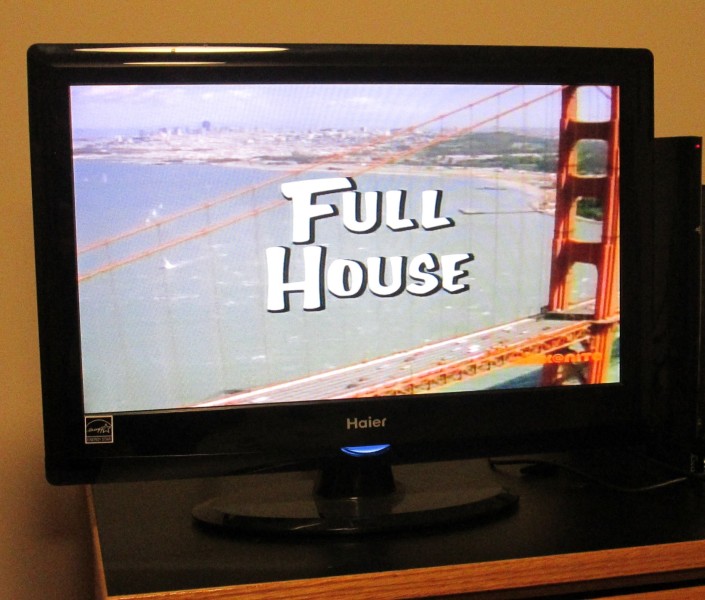 As children born in the ’90s, we grew up in a time when Cosmic Brownies were the only desert you wanted in your lunch box, Blockbuster was the place to go before your friends came over for a sleepover, and most importantly, television shows were loved and shared by us all.

For many, school ended around 3:30 p.m. and we were home just in time to watch reruns of “Full House” before dinner. We were entranced by Michelle Tanner’s “You got it dude,” spent hours trying to imitate the infamous Popeye laugh Joey Gladstone had perfected, and, of course, fell in love with aspiring rock-star hunk Jesse Katsopolis.

At that age, we did not necessarily recognize that there were stereotypes associated to gender which played heavily into the plot of the series.

Throughout the many seasons of “Full House,” we grew to sympathize with widower Danny Tanner due to the fact that he was left to raise his three daughters “on his own.” In actuality, this is not the case. Danny’s brother-in-law, Jesse, and best friend, Joey, move in with the broken family in order to help fill the gap left by the girls’ mother.

Nonetheless, all three men struggle to handle the personalities, moods, and problems that the daughters face. They are sometimes unable to connect with the girls on a deeper level and often struggle to perform the stereotypical “motherly duties” of carpooling, having dinner ready, checking homework, and cleaning up for bed.

As a young audience, our sympathetic reaction to this story may have had a hand in forming the idea that males are not inherent caregivers or capable of raising a family on their own. The expectation of a male’s purpose in the household is to provide for and protect the family, not raise the children. Now, as young adults in America, this idea of gender roles has been established for us and are reinforced through different forms of media almost constantly.

Graduate student Ben Grant says, “Media portrays men as strong, protective, and in many instances, cold-hearted. Since these characteristics are the expectations that society has for us, this is the role we try and fulfill.”

These stereotypes, we now know, do not necessarily hold true. Even though we indirectly learned about these roles growing up from sitcoms like “Full House,” we can now recognize that these roles are not set in stone or binary. Many women go to college with the ultimate goal of obtaining a degree that will get them a job and, ultimately, allow them to provide for their family. On the other hand, men have the ability to be caring, organized, and have a strong connection with their children.

Senior Lauren Ballenger explains, “I’ve spent my past four years here seeking a better future for myself and my future family. I do not want to rely on my husband to be the only provider for the family nor do I want him to rely on me to be the primary caretaker of our children.”

It is clear that one of our favorite ’90s shows has established a social framework that we readily accepted because we did not even recognize it was there.

Therefore, we must begin to look at media with a critical eye associating certain signs with meanings. We must look at the way the story is told. Values are embodied in characters; it is our job to identify those values. By identifying values, we are able to determine what is considered normal and valuable , and therefore, recognize the belief systems that are inscribed in our culture.

Once we understand the belief system that we are accepting, then we will be able to begin to change the inequalities of the universe of shared meaning.

Television is a great weapon that can help redefine social divisions. However, in order to do so, we must not see television as pure entertainment. As students, it is our responsibility to study the world around us in order to change the problematic social systems already in place.