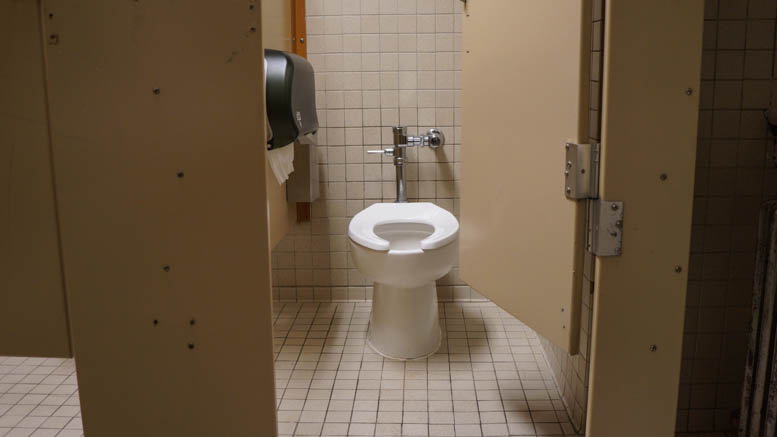 Dorm culture is starting to get out of hand, and we all have a part in the change.

It’s been more than a month since the Spring semester’s begun, and my dorm behavior standards are falling lower and lower. When the semester began, the bathrooms of Blanche were utterly pristine. The first couple of weeks saw not even a single spill over the toilet. Hell, people even put up the toilet seat before they relieved themselves.

And then things went downhill. It started, like it starts every semester, with little things: bits and pieces of toilet paper strewn around the floor, toothpaste and beard trimmings caked onto the sink bowls. It was a gradual process, one that you could put out of your mind simply by avoiding it or running the tap for a few seconds. Then people started leaving the seats down and missing the toilet bowl altogether. Seriously, guys? How hard is it to aim your piss into a giant, watery target less than three feet away from you?

It’s only been six weeks and there’s already fecal matter left in the toilet bowls. It’s not just Blanche, either; students have reported the same happening in McDaniel Hall, ANW, and the first-year dorms. Vomit in the bathrooms is understandable on the weekends, acceptable even. When people are puking all over the showers and on the toilet flush levers, it becomes a problem. Nobody wants to smell your rotting puke all weekend from drinking too much on Friday.

Bathrooms aren’t the only problem, either. The hallways are supposed to be a public place, so treat them like they are. Go ahead and light up in your rooms if you want, but at least try to keep the stench of weed from wafting out into the rest of the dorm. There’s no reason for one person to be smoking enough weed to make the entire third floor of Blanche reek. Weed is great, I get it. Don’t announce it to everyone with a nose within 50 feet!

That goes for phone calls too. People who like to go out into the halls to call their families or friends are completely obnoxious, and it’s not just because they’re loud as all hell. Look, if you need to have a private conversation, go somewhere private. I don’t want to hear about your personal problems, and you probably don’t want me to walk in on you talking to your dad about a rash that showed up on your crotch last week. Why don’t you just go back to your rooms? Nobody’s going to listen to you talk about a mountain hiking trip or something in your own room. If your roommate’s there, just kick them out for a few minutes! You do that with sex anyway.

It’s the little things that piss people off the most, and there’s a lot of little things that are lowering the dorm culture standard on this campus. Sure, you could continue making your life worse and worse, or you could actually do something about it. If it takes less than two minutes, do it. If you should do it in private, do it in private. If you can aim a fan out the window, toke up next to it and don’t piss people off. And for Christ’s sake, please aim for the toilet.