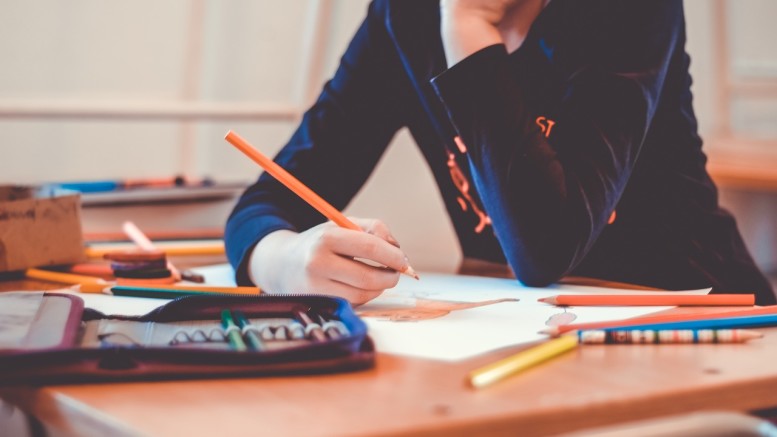 In the past few years Baltimore City has made budget cuts to help close a financial gap of 130 million dollars. This lead to the the layoff of teachers, staff, custodians and student support student programs. Now there is little outlet for students to grow academically outside of the classroom. So where does this leave students to go after school for help with learning?

The mission of the program is to help aid Baltimore City students in their crucial transition from elementary to middle school. Higher Achievement starts students off as early as fifth grade and expects them to make a four-year commitment of year-round academic support. With year-round support, these students, or scholars, are exposed to various activities, opportunities, and receive constant academic and social support from mentors and staff.

I had the pleasure and opportunity to visit their East Baltimore site and sit down with Executive Director Traci Callender, Site Director Derrick Sydnor, and a scholar named India. India, a sixth grader and scholar at the East Baltimore Achievement Center, claimed that the program “helps you with school, and it also helps you become confident, and you have the opportunity to make a lot of friends.”

The program offers a lot of opportunities for the scholars to become immersed in their learning. Scholars participate in a wide range of electives. These range from cosmetology to self-defense classes. India participates in the self-defense elective. In this class, they learn karate and Chinese.

“When we do curriculum, we not only learn things that are being taught in school, but also we also learn new things,” she said.

Curriculum is their version of a study hall. This is where they receive supplementary learning. They perfect current grade-level topics while being exposed to the next ones. This helps keep scholars on their toes and ahead of the game.

Sydnor, the director for the East Baltimore center, said that an introduction to college concepts is crucial.

“Exposing scholars to college early helps put it on their table early and helps them grow as they continue to be exposed to college academia,” he said. “This encourages them to receive extra education whether it is at a four-year college or university or community college.”

Upon deeper conversation about the program, he said that Higher Achievement is “a program that is housed in academia. We have a curriculum that is culturally and socially relevant to the scholars. We connect learning topics to what is going on around [the students] to help invigorate their minds so they can perform at high marks.”

Executive Director Traci Callender is one of the newest executive directors of Higher Achievement and has only been in the organization for three years. She has bright ideas about where to take the program.

“Here at Higher Achievement, not only are we building our next generation of leaders in the scholars we serve — [we also] offer an asset to the community to bring opportunities to our scholars,” she explained. “Since the backbone of our program is mentorship, we recruit people from different backgrounds and allow them to come in and work hands-on and learn more about the community around them and its needs.”

In addition, Higher Achievement has taken on an advocacy role. Recently, Governor Larry Hogan was going to invest in our jail system rather than our education system. One of my biggest questions for Callender was about Higher Achievement’s role in reducing to the student-to-prison pipeline for these students.

“The student-to-prison pipeline looks at the education outcome when they are building prisons to determine how many jails they will need in the next 15 years,” Callender said. “[We are] helping out with grade-level proficiency and educating our scholars about social issues and teaching how not to fall victim to it.”

After talking with Callender, I learned that Higher Achievement works closely with Annapolis and the mayor’s office to help shed light on the issues and educate parents on the social issues. From my personal experience, Higher Achievement has really helped me become the student I am today. I don’t think I would be in college if it weren’t for them. As a scholar living in Baltimore City, sometimes the odds are not always in your favor, and that’s why programs like Higher Achievement Baltimore are pertinent to every student’s success.

It helps set up these Baltimore City kids for success and gets them inspired to turn their dreams into reality. Having this level of academic and social support is very crucial at this time in their life. Other programs like CollegeBound and the Akoben Foundation are also making an impact in the community around them.