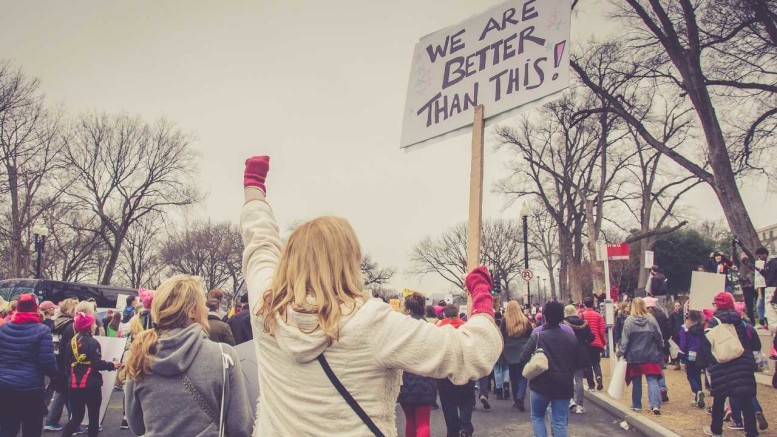 Politics has always been a hot-button issue in the United States of America and today it has been even more prevalent in everyday conversations. However, recent news has proved, to me, that not thinking things through can have potentially dangerous results.

There are reasons why I believe people should be careful and think before acting when discussing politics. One reason is that my ideal quality for a political leader is not only respectful, but also mature. Another reason is that even though political memes are supposed to be humorous, there are limits to what is funny and what is disrespectful. A third is that politicians showing favoritism shows proof of unprofessionalism.

Politicians should be careful of what they do or how they act or there will be consequences. While growing up, I have learned that everyone has different political ideals, perhaps some that are more vocal.

However, I have read some news stories where politicians have behaved poorly. For example, I read an article that talked about President Trump starting a name-calling dispute with Kim Jung Un. I thought to myself, “really?” as I read through the article looking at what names President Trump said. I was also thinking to myself, “it is pathetic for a grown up to engage in something childish, immature, and unprofessional, let alone the President of the U.S.”

While I am thankful that nothing disastrous happened because of the name-calling dispute, that does not mean that we would not have the same type of luck if something like this were to happen again. Another example was when Hillary Clinton had government documents in her private email. These were documents, while not very serious national security breach-wise, that should have been protected in a secure facility.

I have even seen poor behavior on multiple media platforms today. On the internet there are memes that seem to show politicians in a negative light; such memes seem to have a cyberbullying theme. There was a picture of Hillary Clinton edited into making her look like the Wicked Witch of the West from the Wizard of Oz. Calling someone a witch is not only disrespectful, but also harsh, especially if it’s just because of political disagreement.

This sense of negativity regarding political disagreement is also present on certain radio stations. For example, one time while hearing “The Rush Limbaugh Show,” I overheard the comments they made when talking about not letting immigrants in the U.S. What I heard not only infuriated me, but also made me sick to my stomach. They were talking about supporting the wall that President Trump was thinking of building.

Even now, while finishing up spring semester of 2019, I still listen to Fox News and “Justice with Judge Jeanine Pirro.” This show was removed from the air for comments made on Representative Ilhan Omar for wearing a hijab. When this talk show was taken off the television studio air, President Trump went on Twitter and tweeted to the Fox News station to bring back Jeanine Pirro’s show.

When I first saw President Trump’s tweet on the article, I was completely speechless. In fact, I had the same reaction when I read another article about how President Trump does not allow any other news stations, except Fox News, to interview him. When looking into the article more deeply, I found out that Fox News was generating pro-Trump propaganda. As a result, that made Trump happy with Fox News and in turn gave the reporters of Fox News personal interviews.

In my mind, when talking about or dealing with politics, people should think more about what kind of positive and negative impact political decisions can make. For example, Donald Trump’s tweets defending Jeanine Pirro can send the wrong message about himself. Memes designed to be funny may not be funny to everyone and could hurt people’s feelings. Building the wall across the Mexican border and denying immigrants a chance to find a better life will also send out a bad impression about the U.S.

If anyone engages in aggressive political debates or posts a negative political meme, or anything else potentially harmful, they should just take a step back, think about what they are doing, and ask themselves: “is this a wise or right decision?”

Four Netflix Faves to Get You Through the Semester

The Adjuncts Among Us