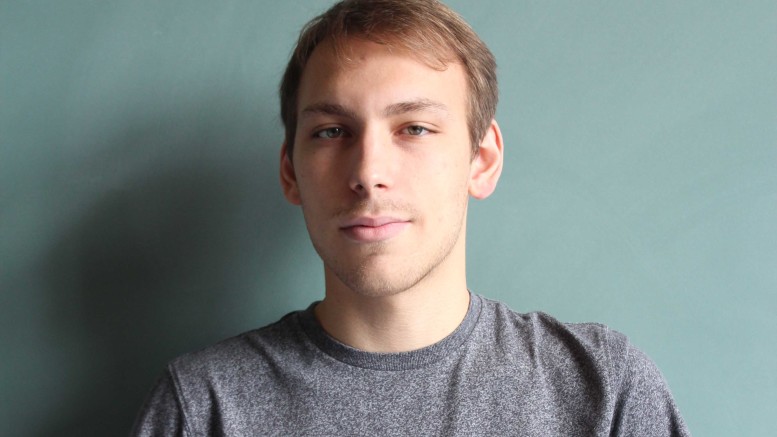 Colin Lyon will joke that he hasn’t had any meaningful positions in student organizations while at McDaniel, but that doesn’t mean he hasn’t had a good time.

“It had its ups and downs,” the history major and literature minor said of his four years, “but I really enjoyed it. Social circles are pretty open here, and the professors were excellent.”

“Wronski-Mayersak was definitely my best mentor,” said Lyon. “She taught me through several classes across three years and provided me with a chance for independent research during the summer.”

Outside of summer research, Lyon also worked in the Annual Giving Phone Center and as a peer tutor in the Writing Center.

Lyon had the opportunity to study abroad in Budapest during his junior year where he had his best memories at McDaniel.

“The four months I spent in Hungary were some of the best times in my life,” he said. “I learned an amazing amount about European history.”

But college wasn’t all fun and games for Lyon from day one.

“Getting used to the college environment was difficult in the beginning,” he said, “but after a couple months of acclimating things worked out just fine.”

Amazing friends and professors helped him settle in and balance stress and workloads.

“Thankfully, I had a strong support system with my friends,” he said.

With this support, Lyon earned a spot in Phi Alpha Theta, the history honors society.

He’s also used it to recognize some of what makes McDaniel great.

“Don’t forget that McDaniel also has a lot of incredible opportunities and wonderful people as well,” he said. “The professors are amazing, the food isn’t as bad as people tell themselves, and there’s a thousand friends to be made just by hanging around.”

Though he wishes he had discovered The Cup, soon to reopen as tCUP cafe, sooner, his time on the Hill was still well spent.

After graduation, Lyon plans on earning a master’s degree in near east studies before eventually seeking entrance in a similar Ph.D. program.