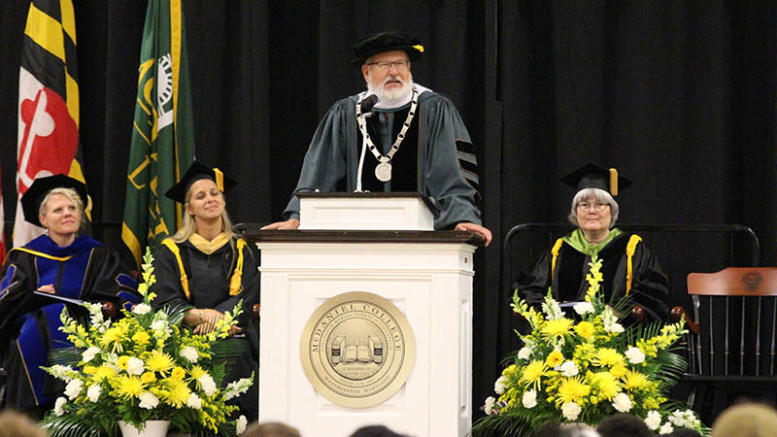 As the largest class in history has come to take over McDaniel College, a number of new challenges have arisen.

When the 587 first-year and 50 transfer students came flooding onto campus, first-year student Jill Hoffman asked, “Why accept so many students if the school doesn’t have room for all of them?”

There is a total of three dorms that are supposed to house first-year students: Whiteford, Rouzer, and Daniel MacLea Hall (reserved for students in the Honors program).

Though Whiteford and Rouzer have specific–larger–rooms made for triples and quads, the housing coordinators, including Associate Dean of Students Michael Robbins, had to make special accommodations because of the historically large number of students.

The adjustments made, according to Robbins, include “Rouzer lounges [turned] into quads [and] double rooms in both Rouzer and Whiteford [were] converted into triples.”

Placement into the triple rooms was on a volunteer basis. Students who were willing to live with two roommates were offered a discount on room and board expenses.

Additionally, teachers in all different departments had to add 1000-level courses to their curriculum to offer relevant classes to the first-years. More students also meant more First Year Seminar (FYS) classes had to be created, in order to preserve the small nature of the seminar.

During first-year orientation at the Introduction Convocation, President Roger Casey told everyone, from the students to staff members, of the student-based statistics that have increased because of the class of 2023’s size.

Fifty percent of the College’s entire population is considered multicultural; the male to female ratio is split by 49:51; those who are first-generation college students take up 49 percent of the incoming class. This class is also the first to be 50 percent students of color.

“The class is larger because the pool of applicants was larger this year, up more than 1,000 from the year prior,” said Janelle Holmboe, vice president of enrollment management and dean of admissions.

McDaniel faculty and staff members have done all they can to anticipate the challenges this large class brings, and they are excited for the year ahead.