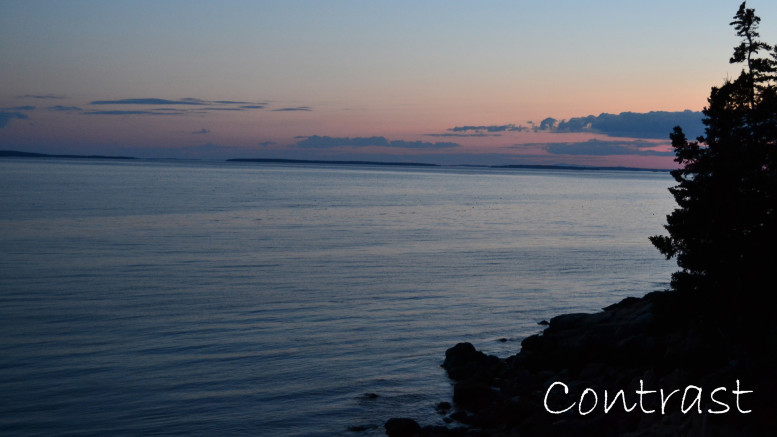 Despite the odd circumstances surrounding this spring semester, McDaniel’s Contrast literary magazine made its debut in a digital format on April 30.

Contrast’s 2020 cover features a fading sunset over a rocky beach bank, with the title written across the bottom, and consists of 153 dazzling pages of student art, poetry, and prose.

The annual Contrast Unveiling Ceremony is an exciting and sought-after spring event for all literature and art lovers, but the cancellation of all on-campus events did not stop the magazine from still being published as a PDF.

Before the quarantine, the Editorial Board met in-person during the first week of March to discuss each submission and vote on which pieces would appear in the magazine.

“While it’s extremely unfortunate that we were unable to physically print the magazine and then hear the published writers read their poems and short stories aloud at the traditional Unveiling Ceremony, we still want to celebrate all the hard work that went into this issue,” said Kuratova. “So many incredibly talented people helped make this possible.”

The winner of the poetry section was Hannah Honick’s “Prodrome,” while second and third place were given to Flannery Bendel-Simso’s “A Hopeful Little Girl in a Starbucks,” and Mikayla Lee’s “A Sestina for my Mother,” respectively.

The prose category’s first-place winner was Hannah Honick’s “Bringer of Treasure.” Second place went to Eamonn Fay for his story entitled “Big Red,” and third place was awarded to Sophie Gilbart’s “Of Women and Witchcraft.”

The PDF of the magazine was directly emailed to students on the Contrast mailing list, students with a major and/or minor in the English department, and English professors, as well as posted to Contrast’s Facebook page.

Kuratova encouraged everyone to pass along the PDF to “all your friends, family, and fellow lovers of the arts [in order to] celebrate today by bringing everyone just a little bit closer through the shared joys of art.”

Pull up for Roll-Ups: Chasing passions at Wisdom Court Entertainment