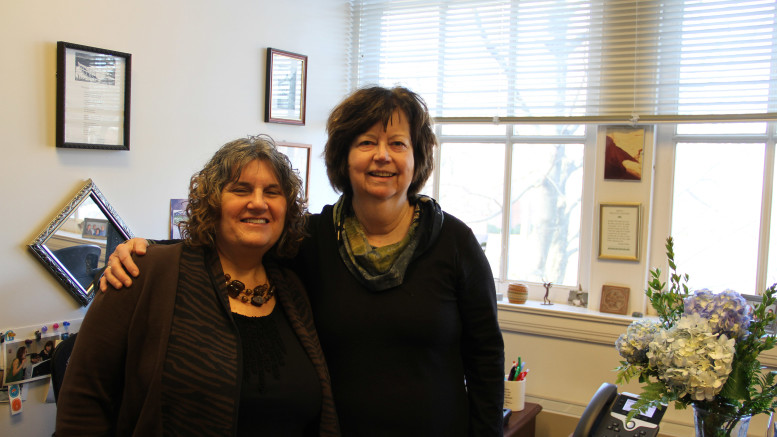 One of the newest friendly faces in the English department is Katy Stanton. After retiring as a public school teacher for 30 years, Stanton happened upon McDaniel’s search for an English composition professor and has been teaching on the Hill for the past two years.

Last semester, she taught Introduction to College Writing, as well as one of McDaniel’s newest classes intended to expand the English major, Introduction to Creative Writing. The class featured a diverse group of students, majoring in everything from English to more science and math-based fields.

“I feel really strongly that building that sense of community of writers is so important and we had that there,” Stanton said. “For the first group, it was a great group.”

Stanton is excited to be teaching Poetry Workshop this semester.

“So far, it seems like we have a lot of great poets,” Stanton said. “From first years to seniors, the mix is what makes it so wonderful…everyone coming together for a love of language and a chance to discover new things about language.”

In the class, she is teaching the works of poets such as Elizabeth Spires and McDaniel’s own Kathy Mangan, Ph.D., who both planned to come to the workshop to talk about their poems in class.

Although Stanton is teaching Mangan’s book, “Taproot,” in Poetry Workshop, Stanton and Mangan’s friendship reaches far beyond the classroom and their shared office.

Stanton first met Mangan at a poetry reading at her own school when she was a student at Washington College.

“I loved her poems,” Stanton said.

They grew closer when Mangan sent Stanton a letter and her book when Stanton’s mother died suddenly.

“She became my friend, not just some famous poet I knew…she’s just a very caring person. It’s interesting how we’ve come back to spending time together,” Stanton said of Mangan.

Stanton feels right at home in the English department.

“Everyone’s been very welcoming,” Stanton said. “They have a lot of passion for their areas of expertise, and they support each other.”

Stanton is excited for all that is going on in the poetry world at McDaniel. She is helping to coordinate student involvement for the annual Bothe Lecture, which was set to feature readings from poets David Kirby and Barbara Hamby in March.

“After living in Westminster for 30 years, I often came to campus to see lectures. Now it’s exciting to participate in them,” she said.

She is also looking forward to reading poetry at the Gospel Choir Concert, directed by Shelley Ensor, in May.

“She wants to have students participate and read their poems, too. I love hearing concerts and being a part of them. Anyone can perform a poem or take part,” Stanton said.

As for Mangan, she will always be an integral part of the writing community at McDaniel, despite taking a terminal sabbatical after teaching for 42 years. She is set to officially retire in June of 2020, but she hopes to teach a class or two again in the future.

“She’ll have more time to write now and be a part of the campus,” Stanton said. “I’m sure she’ll continue to be involved with the writing community here.”

Stanton and Mangan are excited to be working together, and their friendship shines through.

Even with support, isolation and quarantine challenge McDaniel students