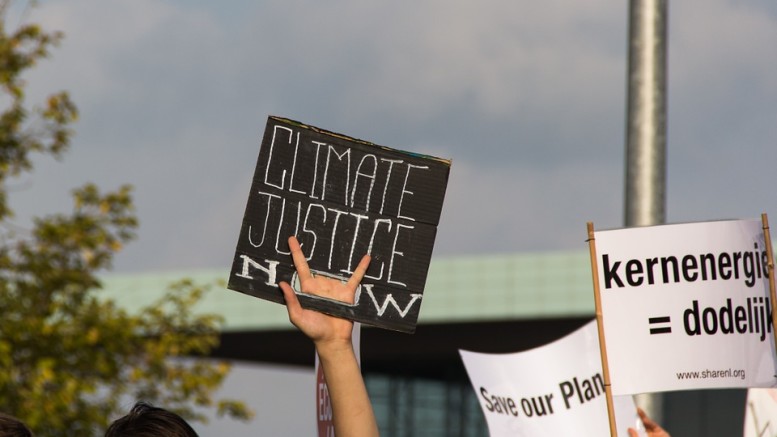 Worries about the environment are some of the main issues the protestors bring up. (Image courtesy Pixabay user niekverlaan).

The Standing Rock Sioux Tribe in North Dakota is in an uproar over a crude-oil pipeline being constructed on their lands. The tribe began to protest this construction in January 2016 and has gained significant traction for the past nine months. But why isn’t this being covered by the mainstream media when it is controversial in so many ways?

From the BP spill to the rejection of the Keystone XL pipeline of last November, being environmentally cautious has become especially common in the last decade or so. Because environmental issues are so relevant, why is the DAPL being ignored by the media?

The DAPL does not lack the potential to be devastating to the environment. The pipeline itself is 1,172 miles long, traversing four states. This pipeline is planned to carry 570,000 barrels of crude oil under the Missouri River each day. If the pipeline bursts, not only will the Sioux Tribe’s water be contaminated, but the habitats all along the Missouri River could be irreversibly damaged. In fact, the potential of a break in the pipeline is so viable that its original site of construction was moved south of Bismarck, so that the capital’s water would not be at risk.

In the past year, the media has covered everything from same-sex marriage, to transgender bathroom laws, to police brutality against the black community. With so much coverage on social injustice, why are the continued injustices against Native Americans being ignored?

The Standing Rock Sioux Tribe is outraged that the pipeline’s construction has been authorized. The pipeline will not only put their drinking water in jeopardy but has already gone through the tribe’s sacred lands and burial grounds. The construction of the DAPL infringes on a treaty giving the Sioux tribe those lands. This injustice is just another example of mistreatment by the government and large corporations of Native people. General anger at this situation has moved over 100 tribes to join the Sioux in their protest,with some coming from as far away as South America.

During the protest, 30 people have been recorded being pepper-sprayed and attacked by dogs by the security of the DAPL. This horrific scene can only be comparable to the treatment of protesters during the Civil Rights movement of the 1960s. And yet, there is still minimal coverage from the media.

Unfortunately, the media today has a superficial side. This superficiality is most often linked to pop culture. The media examines who is supporting it and how famous are they. The more controversial the topic, usually the better.

The protest also has the support of another high-profile activist, Jill Stein. Stein was recorded spray-painting a bulldozer owned by Dakota Access in protest of the pipeline. The local Sheriff’s Department put out a warrant for her arrest after the video was posted online in early September. If a presidential candidate getting a warrant for tagging a bulldozer doesn’t get media attention for DAPL, perhaps nothing will.

Making a Difference, One Animal at a Time