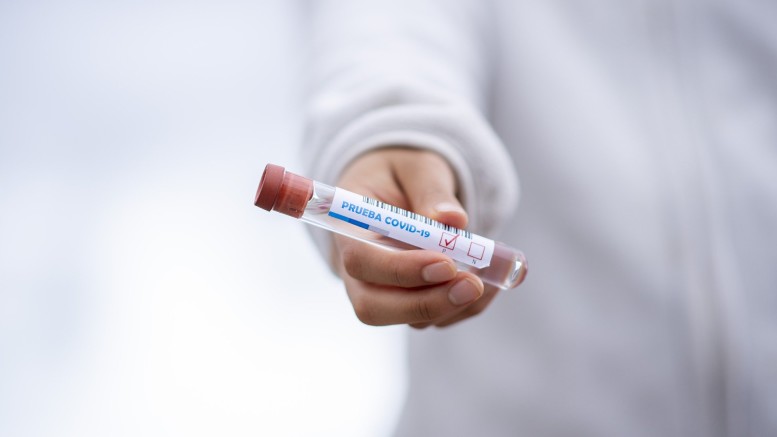 Approaching the sixth week of students living on campus in this unprecedented semester, the college has successfully maintained a low number of positive COVID-19 cases on campus. Over the last month of testing, McDaniel College’s campus has only seen a total of ten positive cases with over 1,500 administered tests. Although not perfect, these results are almost as close to it as one can get, given the situation of other Maryland Institutions.

Towson University pivoted to remote learning as of Aug. 26th, only a week or so into the hybrid semester for both schools. Towson University’s decision to go online was a shock to McDaniel students, staff, and faculty, given how close Towson’s campus is to McDaniel’s. Towson has administered over 13,600 tests over the past 3 months and has had a total of 448 positive results since (a positivity rate of 0.033%).

McDaniel has shown more successful test results than Towson as McDaniel’s positive case rate continues to steeply decline with each week. With over 1,500 administered tests, McDaniel’s current positivity  test rate is a staggering 0.006% (as of September 17th, 2020), meaning that for every 1000 tests McDaniel administers, only six come back positive, which is a significantly less rate compared to Towson University.

Where McDaniel College and Towson University differ is in two major areas: McDaniel College is significantly smaller than that of Towson, by almost a difference of 13,000 students. However large the difference, the rate variances may be due to how each institution responded to and worked with state and nationwide COVID-19 relief policies.

Towson followed the bare minimum of the recommended guidelines, such as mask mandates, sanitation procedures, physical distancing, and self-screening.

McDaniel is unique in their response by including not only a strict no-guest policy but also enacting strict statutes against students who disobey state mandates and on-campus policies.

Are these extra precautions the cause for a huge difference in positivity rates on campus? Perhaps the rules that McDaniel has put in place for students living on campus are truly promoting a positive and safe environment for students on campus. That is, of course, if the rules are being respected.

As a student at McDaniel, it is easy to see on campus, in our housing, and on social media, that not only are guest policies not being abided by, but mask mandates and social distancing seems to be difficult to follow for students on campus as well. Signage is posted for outdoor furniture to not be moved–– and yet, it is moved. Designated outdoor eating areas are assigned, and yet dozens of students can be found in the new Roj Center every night, eating and talking without masks and without physical distancing.

Not only are mask mandates being loosely followed, but the unique guest policy that McDaniel has had its shortcomings as well; students who follow these rules are still in contact with a significant number of students who do not follow the no guest policy under the radar, despite the harsh statutes the campus has placed in consequence to breaking said rules. The students who do not respect the college’s wishes do so with the idea that all guests and themselves are asymptomatic and therefore free of any restrictions.

So where is the disparity in McDaniel’s low numbers and green-level status compared to the student body following the restrictions to a bare minimum? The CDC suggests that the issue may lie in the testing itself. As stated by the CDC on their testing webpage, the biggest cause of positive cases testing negative is the mishandling of samples when they are taken. McDaniel faculty and grad assistants follow as many guidelines as they can when administering the self-swabbing, or anterior, tests. Whenever the swabs are enclosed, they are placed into an open cooler to be sent to Quest Diagnostics.

The CDC recommends that each sample be kept immediately cool, at around two to eight degrees Celsius, for up to 72 hours after collection. Any delay in testing requires testing specimens to be stored at negative seventy degrees Celsius or below.

Although McDaniel College does utilize a cooler when obtaining the swabs, this cooler lays open, in the sun, until filled. Perhaps the school takes care of the administered tests once the cooler is filled and properly stores them but that does not take away from the fact that most if not all tests taken by staff, faculty, and students are placed in what seems to be insufficient storage containers. This would explain the differences in the data the school receives and posts on the Return to the Hill page and the actual practice of social distancing, mask mandates, and no guest policies that every student can see on campus.

Now, this is not to say every student breaks the rules set out by the campus and the state of Maryland, but it is hard to believe that the restrictions the school has in place warrants us to perform at a rate almost six times better than that of Towson University. If this is how the data lines up, it would be a miracle to say the least. Does McDaniel College warrant a green-level status at this time? Or are there still some challenges the college is facing that both students and administration have yet to see?

Lighter Side of Campus Safety: January 2016