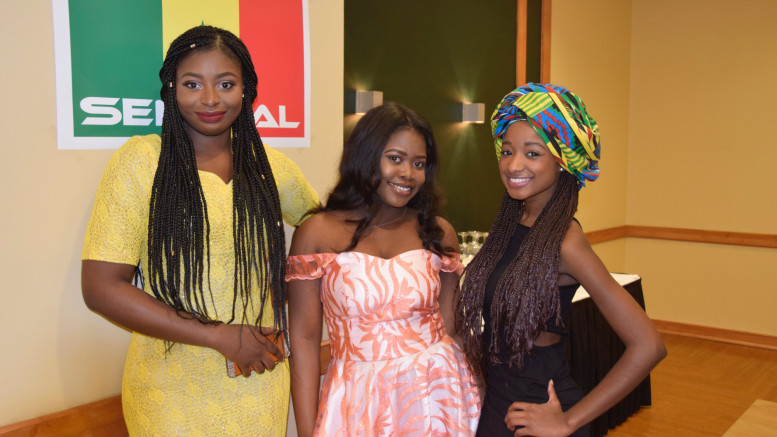 Africa’s Legacy held its annual dinner on Nov. 16 in the Forum. The night was about teaching students, faculty, and community members about African culture and traditions through performances and food.

“It’s nice to have these dinners to celebrate the diversity we have here on campus,” mentioned Dr. Linda Semu, the faculty advisor for Africa’s Legacy. “It’s one thing to talk about it in the classroom but it’s another thing to be able to showcase it at a dinner like this.”

The night began with a buffet-style feast. The entrées and side dishes were all traditional African meals: West African cabbage and pineapple salad, North African couscous, spiced beef with peppers and onions, Jollof rice and fried plantains. The desserts available included Degué, puff puffs, and a fresh fruit salad. Guests were quite literally getting a taste of African culture. 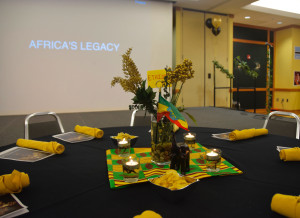 Individuals in Africa’s Legacy performed throughout the event. To kickoff the night a video, “We Are Legacies,” played for the audience, explaining why members joined the group on campus. Agut Nyigongjal, one of the organization’s members said, “It makes me feel like home. I see myself through other people everyday.”

Afterwards, the legacies started off with a dance that was a fusion of traditional and modern African dancing. Following this was a poem, “Our Black is Beautiful,” written and read aloud by Akira Westbrook. The poem was a powerful critique of how minorities are treated in America; it moved the whole room to say the least.

Esther Obeng, the president of Africa’s Legacy, opened up the next act, an Indian dance by Aaja Nachle, an Indian dance club on campus, by saying, “This night is about different cultures coming together and being one.”

The rest of the night was filled with many more acts: “Siwelele Mama,” an African song, performed by a group of students, a humorous skit about a prince picking his wife, an interactive traditional African dance, and more performances from the legacies and Aaja Nachle.

During the night there was a fundraiser for “The Water Project,” which is a movement to help end the water crisis and raise hope in sub-Saharan Africa. The fundraiser for the night raised over $120.

To complete the night, there was a fashion show showcasing the vibrant and pattern-filled African-styled clothing and accessories. It was interesting to see all of the students’ personalities come out when they were up on stage.

Africa’s Legacy strives to promote and encourage African cultures at McDaniel. It is not limited to just people with African heritage, however, as they welcome any individual who wants to join.

“We are the future and the future looks like this,” said Dr. Semu as she looked out to the audience to conclude the night.