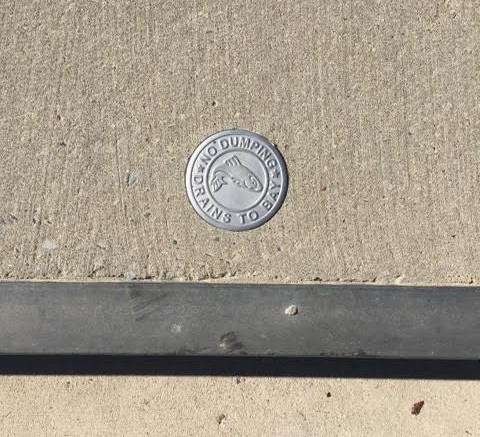 As a society in the past century, we’ve made so much progress socially, politically, and intellectually.

So why is still commonplace to see litter on the street nearly everywhere you go?

It’s in the parking lot at the Safeway just down the road, it’s on the streets of my hometown, it’s in the gutters of our nation’s capital. Litter is not just an issue that can be stored away in a nice little drawer and looked at later; it has some serious environmental implications—not to mention the simple fact that it’s an ugly sight in any town. Despite our ever-growing advancements in society, some of us still choose to throw our trash on the ground, and that’s truly disappointing.

I’ve seen people throwing trash out of their car windows, and even as they’re walking along the street. I am no less appalled every time I see this: how can people think that littering, as opposed to waiting maybe the next few minutes by walking or miles in the car to find a trash can, is acceptable behavior? That question, however, may not be so hard to answer: they don’t think.

This is especially frustrating for those who do think. We remind ourselves that the garbage tossed into the street flows into local waterways, and eventually ends up in our Chesapeake Bay.

We’re in college: by this point, numbers of teachers and elected officials have warned us of the harmful effects of litter on the environment. Toxins in garbage, and even the garbage itself, damage aquatic ecosystems—and our Bay is not exempt.

Neither are we. We are responsible for the Bay’s health. Westminster is a part of the Chesapeake Bay’s watershed, and what ends up in the waterways here and everywhere in Carroll County could very well end up in the Bay. And think about this for a minute, when you throw your used McDonald’s cup out of your car window, do you want to see it when you go for a day trip to Sandy Point, or when you’re fishing on Kent Island?

No, you don’t. Litter is an eyesore, besides it being a very real threat to the environment. Frankly, it is frustrating to see it so prevalent. I want to see the streets of my college town clean; I want us as Marylanders to respect the “Keep Maryland Beautiful” sentiment.

No one wants their streets covered in litter, and no one wants to see the Chesapeake Bay more polluted than it is. It’s become our job to keep these things clean.

We must live up to our status of an advanced society to fulfill this job. To do it right, we need to become a part of the solution to the problem that litter has become—maybe it’s the smallest contribution, like picking up an old fast food wrapper on Main Street and tossing it in a trash can, or a bigger one like volunteering to clean up (which you can sign up to do here). If everyone pitches in, nobody’s effort will go to waste.

If we don’t make an effort to solve this problem, there is a huge gap in all the progress we have made.

Student deceives faculty and peers by pretending to study in Budapest