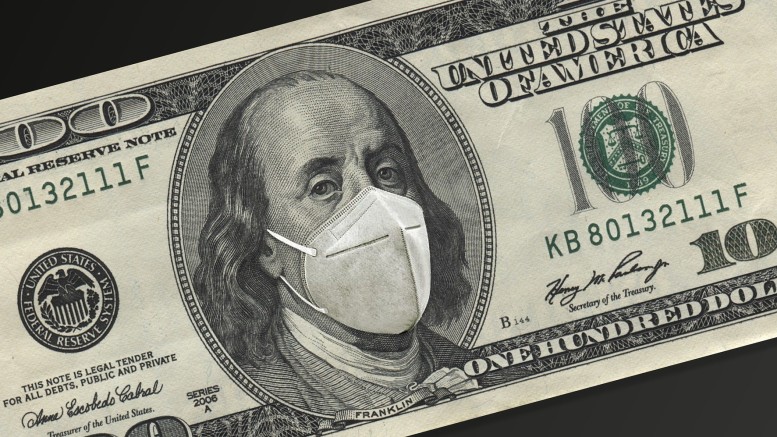 Surprising bipartisan alliances have formed during these late COVID relief deliberations. These unexpected alliances have formed to fight for the stimulus checks, which have proven, in part, to help lift Americans out of poverty. These instances of bipartisanship amid discussions of coronavirus relief point to a possible robust interparty economic alignment.

In early October, President Trump proposed a $1.8 trillion coronavirus relief bill to the House. This deal got the support of progressive representative Ro Khanna (D-Ca.). This deal included stimulus checks, which is a provision that a significant amount of Senate republicans oppose. Speaker Nancy Pelosi did not put this bill up for a vote. However, if it passed through the House, the bill would likely end up sitting on majority leader Mitch McConnell’s desk because Senate Republicans often choose to embrace fiscal restraint. Throughout his tenure, Trump has challenged Republican orthodoxy and has shown at least a willingness to support an economic populist policy toward coronavirus relief.

President Trump’s zealous push for stimulus in Oct. was likely motivated by the initial backlash he received after he suggested coronavirus talks should cease until after the election.

Stimulus checks are one of many provisions Senate Republicans opposed the White House $1.8 trillion bill and the issue of stimulus checks has been raised once again. Senator Josh Hawley (R-Mo.) and Bernie Sanders (I-Vt.) introduced an amendment to the coronavirus relief bill in the Senate and they suggested that they would use the Dec. 18 government funding deadline to attempt to force a vote on the second round of stimulus checks amid congressional failure to pass coronavirus relief.

On the Senate floor, Sanders urged, “This Congress must address the economic emergency facing the American people. We cannot go back to our families during the Christmas holidays while tens of millions of families are suffering.” Hawley added that there is, “no reason that this body should leave next week before we vote on and approve direct assistance to working families.”

Hawley and Sanders have significant political differences, and they belong to different political parties with different platforms. Nevertheless, they have teamed up to fight for a popular issue and, according to a poll from OnePoll, 82 percent of Americans agree with them. The respondents suggest that the one-time $1,200 from the CARES Act was not enough to economically sustain people amidst the pandemic. The majority of respondents said that stimulus checks should remain until the end of lockdowns.

Regarding the Sanders and Hawley effort, The Hill Reporter Jordain Carney reported “Progressives and Hawley are pushing for a second round of direct payments. Neither a proposal from a bipartisan group of lawmakers nor one from Senate Majority Leader Mitch McConnell (R-Ky.) included the stimulus checks. GOP leadership has warned that stimulus checks divide their caucus and could beef up the price tag, which could also threaten Republican support.”

Hawley has a history of pivoting to the left of his party’s economic platform and bucking their overall libertarian political philosophy. Zaid Jilani, a columnist at The Guardian, explores how Senator Hawley has broken with the Republican establishment in his article, Republicans are becoming economic populists again. That’s a good thing.

Jilani wrote, “[Hawley] has introduced a bipartisan bill to ban the sale to minors of predatory video game “loot boxes,” an addictive technology that is being used by the electronic gaming industry to suck money out of children. His drug pricing bill would ban pharmaceutical companies from charging Americans more for the same prescription drugs than they charge to customers in other industrialized countries. His college debt legislation would hold well-off colleges and universities directly accountable for offering expensive or mediocre educations to their students; the bill would require institutions to pay off 50 percent of the balance of loans of students who default. Legislation he introduced with the Wisconsin Democrat Tammy Baldwin would impose fees on foreign capital in order to revalue the dollar in a way that would increase US exports.”

With CARES Act extended benefits ending in late Dec. and the steady growth of American breadlines Senator Hawley’s willingness to break with the republican establishment to coalesce with progressives in an effort to pass what many believe to be meaningful coronavirus relief is a glimpse of a possible republican economic pivot for the future.

A republican party with an economic populist caucus would likely not embrace a Bernie Sanders platform, but a more economically dynamic republican party would make for robust legislative conversations amongst individuals with diverse ideological leanings. Currently, most of the robust conversations about how to address American social problems like health care, poverty, and student debt are almost exclusively happening amongst the American left. Republicans largely continue to embrace Reaganesque laissez-faire economics which has held them back from passing the second round of stimulus checks and exploring other appropriate political solutions to address America’s economic problems.

With President Trump on his way out, the republican party must determine who they are. They must grapple with what truly informs their politics. The Republican embrace of Trump calls into question their pre-Trump tea party rhetoric. The inevitable Trump departure will leave congressional Republicans and the conservative intelligentsia lost or at least disconnected with their base who overwhelmingly support Donald Trump.

Both Trump’s large coronavirus relief proposal that gurnard progressive support and Hawley’s bipartisan fight for stimulus checks reveal that future economic populist coalitions are possible. A leftward move away from the libertarian platform of the past would allow for an economically dynamic conservative future. If Senator Josh Hawley is any indication of where the republicans choose to move in a post Trump era, America may see more unexpected coalitions arise and possible party overlap when it comes to economic issues.

Tennis head coach resigns: plans for the future of the program