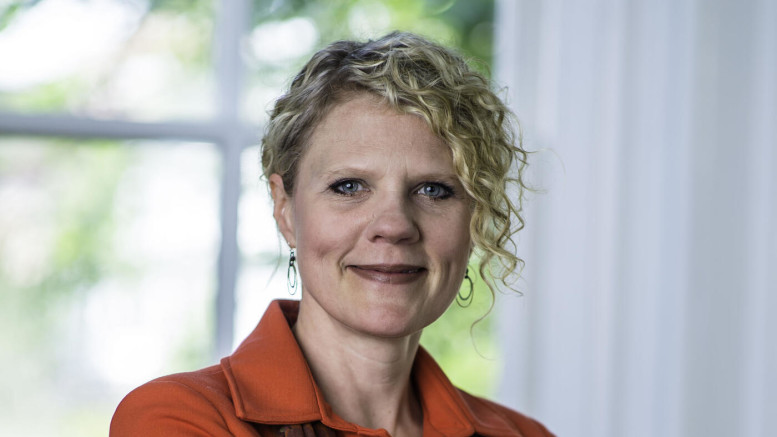 Jasken began her career on the Hill as an English professor in 2003 and has been doing administrative work for over a decade. “I just think that’s part of what comes naturally when you want an institution to succeed,” said Jasken. “I just love this place, and it’s always felt like home, so this feels like a natural move for me,” said Jasken in regards to her new chapter as the tenth McDaniel president.

During the early phases of the presidential search, there was a push from students and community members to look outside the College to find new ideas, perspectives, and experiences when it comes to shaping McDaniel’s future. Jasken had been hired after the first wave of the search process, which invited McDaniel employees to apply for the presidential role before expanding to a national search.

“It provides an opportunity for the institution to not skip a beat,” said Jasken, “Oftentimes there’s a transition process when you bring in a new president where it takes several months for that person to get acclimated. And I think that the fact that I know this place, that I have been involved in so many of our initiatives, means that we’ll really be able to keep our positive momentum going.”

Upon being asked what new ideas she will bring, Jasken shared her ongoing work and future goals for greater equity and inclusion, partnerships with the community, and environmental sustainability.

To continue the College’s diversity, equity, and inclusion (DEI) efforts, particularly those developed over the past six months, a strategic planning process will be launched in the spring. Groups of trustees, employees and alumni, and an administrative team have met to make recommendations on the College’s diversity, equity, and inclusion initiatives. Students will have an opportunity to discuss what was learned in the preliminary process in open sessions. Recommendations made in the groups will be brought to conversations with the community.

“I’m looking forward to new partnerships, establishing new partnerships with the city,” said Jasken, “I think we’ve done very good work there over the last three years.” The College has engaged the community through the McDaniel on Main initiative, the Center for Experience and Opportunity office, McDaniel Local, and bringing food trucks to campus. Jasken believes there is more McDaniel can do to partner with the city of Westminster in the future.

“I know there have been some conversations and desires on the part of students to make sure that environmental sustainability is a critical piece of what we do moving forward” said Jasken, “there’s no doubt that that is an existential threat.” This fall, there will be opportunities to engage in open conversations in a new strategic plan to address climate change. “The process is to sort of take a survey of what it is that is currently happening, and then develop a thoughtful plan that has multiple perspectives,” said Jasken.

Students have raised concerns about the transparency of past administrations, particularly in addressing climate action. “I think that we have done a lot of good work on the environmental front. I think we’re not always good at telling that story and we want to make sure to do that” said Jasken. On campus, Jasken cited the work already being done in energy efficiency projects over the past five years, the director of grounds’ work on the golf course, and the McDaniel Environmental Center. “We have more plans out there, and there’s a lot of positive momentum,” said Jasken.

Jasken noted establishing open lines of communication will be critically important moving forward. “We’re here for students, that’s our reason for existence, so we want to make sure that there’s a partnership there,” said Jasken. She looks forward to having open office hours, time set aside on a weekly basis for conversation and connection, in addition to the open forums designed in the strategic plans for inclusion and sustainability.

Jasken has most recently served as McDaniel’s provost, the college’s chief academic officer, who “oversees the college’s academic program including curriculum, staffing, instruction, student support services and academic resources,” according to the McDaniel College website.

During Jasken’s position as provost, she was a part of some of the largest academic restructuring initiatives that the College has gone through, including the departmental restructuring from Spring 2019.

During that semester and in the months following, McDaniel underwent a significant restructuring process that resulted in the elimination of the art history, religious studies, French, German, and music majors, and the creation of eight new majors, six of which belong to STEM fields. Some students and faculty raised concerns these cuts would cause McDaniel’s identity as a liberal arts college to be diminished. Because Jasken has not only served at McDaniel as a liberal arts professor, but also as the college’s provost, Jasken has a unique understanding of the challenges and opportunities this restructuring brought.

“I absolutely appreciate the feeling of, when an institution needs to adjust, because of market pressures, because of student interests, that can be painful, because we have a sense of who we are as how we exist currently, and so I absolutely appreciate that, but I think it’s important for us to remember that we at our core are very much still a liberal arts institution, and we have classes available in every subject that we had majors in before,” said Jasken.

As president, Jasken will be challenged with balancing the college’s liberal arts roots with the emphasis on access and affordability. “In order to fulfill that commitment to students, you have to be mindful of the programs that you are investing in.”

One of Jasken’s responsibilities as president will be to spearhead the college’s fundraising initiatives. Jasken has been involved in a number of gifts to the College, including gifts to the McDaniel commitment, academic programs, and the McDaniel Environmental Center. “I think that part of our focus on access and affordability has to do with the dollars that are given to this institution that we can in turn give back to our students, so I’m really looking forward to that,” said Jasken. She looks forward to fundraising related to academic investments, especially in regard to equipment and program development.

Jasken will take on a multitude of responsibilities required by the president to lead a changing institution. Jasken is committed to putting students first, evident by her work developing programs like the McDaniel Commitment, DEI efforts, and fundraising; she finds pride in preparing students for the real world with what McDaniel has to offer. “Part of what is wonderful about that liberal arts experience for students is that it gives them the well-rounded education they need to be lifelong learners, to think critically, to navigate complex situations, all of those things we know about the liberal arts.”

Throughout the interview, Jasken displayed an awareness not only of the traditional challenges of a college president, but also the contemporary necessities of creating greater equity within higher education, responding to the threat of climate change, and keeping our community safe during a global pandemic.

Closing out the fall semester with the exciting news of her presidency, Jasken reflects on the incredible effort put forth by everyone to get us through. “I am amazed at the resilience of our students, faculty, staff. I know the first few months of spring are going to be tough for our community but it’s been amazing to see how everyone has been able to pull together,” said Jasken, “It’s just part of the many things that makes McDaniel so special and why I feel so proud to be a part of this community.”

Jasken will be moving into the President’s house this summer joined by her husband David, sons Iain, 17, and Kyle, 12, and their dog Kira. Jasken’s presidency will start on June 1, 2021 and she will continue in her role as provost until then. There will be a national search to fill the provost position.