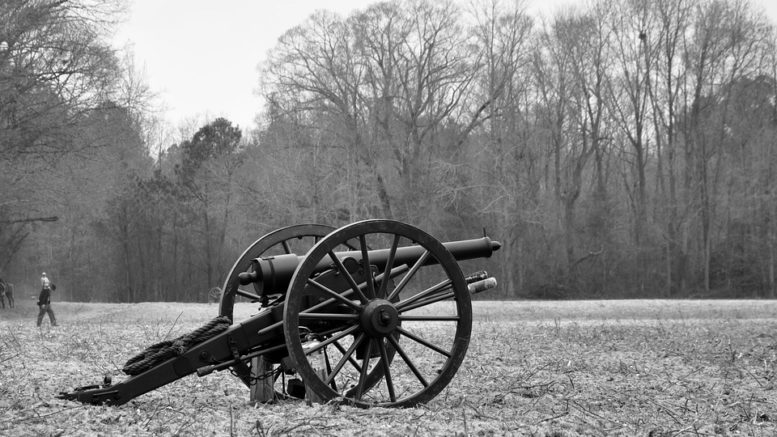 So you may be wondering, “What is Corbit’s Charge?” Well, here is a look into the not-so-well known Civil War battle fought right on this very campus! Even though we know the Hill to be safe now, you will soon learn that McDaniel was not always as peaceful as it is today. On June 29, 1863, America was in the middle of the Civil War, and Westminster right in the middle of it all. On that day, the cavalry from the Confederate General J. E. B. Stuart and two companies of Union Cavalry from Delaware met each other in battle. You may not have heard of the battle, but it actually was a major battle known for helping the Union win the battle of Gettysburg a few weeks later. The Union army came from Baltimore to Westminster to guard the railroad, also Western Maryland Railroad, and that McDaniel was once named after. They had to ride and march over. The Delaware cavalry companies were commanded by Major Napoleon B. Knight, and the troopers were taking care of their horses’ shoes on the south side of the town while Confederate soldiers arrived and then captured the Union soldiers that were in the Delaware cavalry on the South side of town. Charles Corbit was a captain, who the battle is named after, Corbit’s Charge, and he rallied the other Union soldiers, and then charged down main street, and was defeated by the Confederate army. Captain Corbit was captured by the confederate soldiers, and the Lieutenant was also captured. Then more than half of the other Union troopers were captured, and 11 were wounded, and two even died. 10 Confederate troopers were wounded, and two died also. The battle was also called the Battle of Westminster. The Union also lost, but they ended up contributing to a much larger win: The Confederate troops chose to stay the night in town, and that made the troops late to the battle of Gettysburg. Because the troopers were late to support the other Confederate troops, General Lee lost information about the Union troops. Whoops! Even though the battle seems small, and the Union soldiers lost to the Confederate Army, this battle was a major contributing factor to the Confederate army losing the Civil War. In conclusion, even though the Union troops lost the battle to the Confederate army, Westminster still honors the history of Corbit’s Charge by holding a reenactment every year after, starting in 2003.