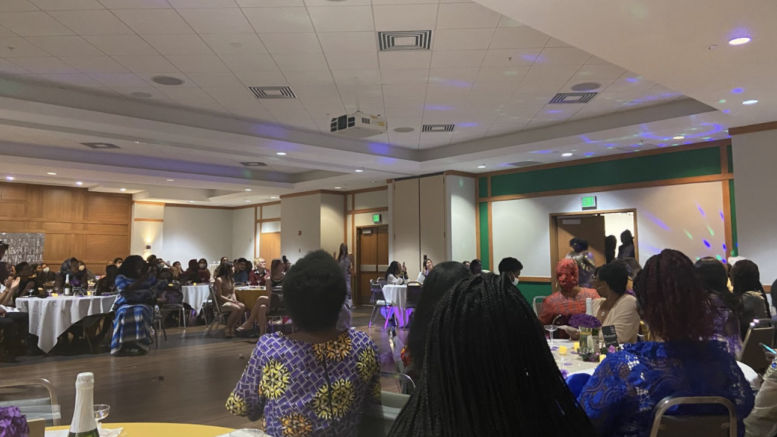 Africa’s Legacy is bringing people from African countries together to build an environment in which students are able to learn about many African cultures. Not only is the on-campus group for people from Africa, but it also welcomes anyone interested in joining.

“It brings people together because at the meeting we create a space/environment for people to feel comfortable to share and teach pieces of the culture to one another,” said Princess Addo, President of Africa’s legacy.

Africa’s Legacy meets every Thursday at 8:30 p.m. to participate in educational activities about parts of Africa they might not know much about, plan for an upcoming event or just enjoy conversations with friends. Africa’s legacy work culminates in an annual dinner that brings the campus together for a night of good food and rich culture.

My experience with Africa’s Legacy began during my freshman year at college at the student organizations fair. From there, I knew that this would be a perfect match for me because of my Nigerian background. Not only do they care about one person’s country, they care about everyone as individuals. The first meeting I went to was in a classroom that was filled with many people excited to be there. At the start of this meeting and many others, everyone introduced themselves, sharing not only their name but also where they are from. This practice helps people hear of, and eventually learn about, the other parts of Africa they may not be familiar with, especially myself.

The first dinner I went to was in Nov. 2019. Gill Center was set up with African flags of different countries on the wall and a table spread of African food. The main theme of the dinner was Afrochella. Throughout the dinner, people enjoyed great food, dj music, dancing, a play, and other performances. There was a lot, behind the scenes and on the day of, that went into making the dinner eventful.

The recent dinner on Nov. 11, 2021 was African wedding themed, showcasing a celebration of traditions. The dress code was formal with a  purple, silver and gold dress code that guests were expected to uphold. People from the African Legacy group dressed in their formal clothes, and others dressed in their African traditional wear, too. The dinner started around 8:30 p.m. with guests already settling down for the dinner to start. Everything was set up, nicely with decorated tables, the dj playing music to set the mood for the guests and the food set up on the side of the forum.

The night started off with a skit, acting out an argument that led to the introduction of the bride and groom’s family. They danced with afro songs in the background. When it came to the bride and the groom, music started off with rap before transitioning to afro. An Africa’s legacy member gave an explanation of the meaning behind why this would happen at an African wedding. Everyone joined on the dance floor as the DJ played music. Later, everybody had the opportunity to eat.

The option for the food was African food that would mainly be eaten at an African wedding, like jollof rice, small chops, puff puff and meat pie. It didn’t end after dinner – African legacy members danced, and sang as well.

The dinners are a great opportunity to share and commemorate African culture. I recommend to others who have never been to a meeting or dinner to go and learn about the richness of African culture.