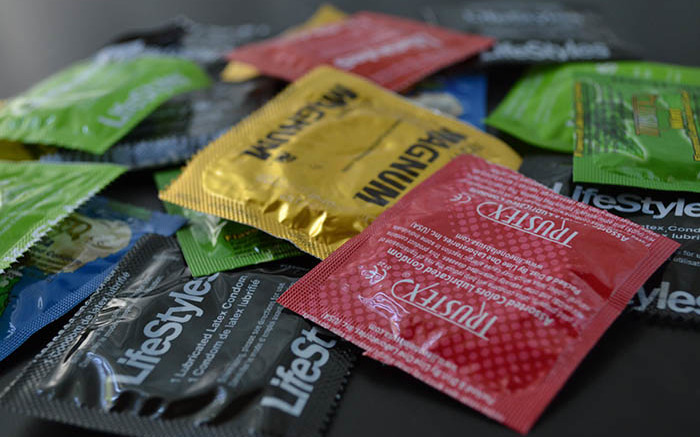 The only currently available reversible contraceptive for men is the condom. (Marya Kuratova / McDaniel Free Press)

Thanks to advances in the scientific and medical field, dozens of birth control options exist for couples to enjoy sex without the risk of pregnancy. Birth control pills, intrauterine devices, implants, shots, vaginal rings, and patches are all popular hormonal birth control options that are more effective than physical barriers like condoms or diaphragms. But they also share a more concerning similarity: they are all up to the woman.

Not only does the woman have to take the time to research the available options, be responsible for meeting with her doctor and properly using these devices, and often dip into her own paycheck to fund the birth control, but she also has to sacrifice her health and even place her life on the line.

It takes two people to create a pregnancy, so it shouldn’t be just on women to prevent it.

According to a 2016 CNN article, researchers began a study in 2008 on hormonal injections for men and found “that the shot effectively held the sperm count at 1 million per milliliter or less within 24 weeks for 274 of the participants. The contraceptive method was effective in nearly 96% of continuing users.”

And yet even with such promising results, the study was terminated early and several dozen men dropped out before that due to side effects.

“A total of 1,491 adverse events were reported by participants, including injection site pain, muscle pain, increased libido and acne. The researchers say that nearly 39% of these symptoms… were unrelated to the shots,” the article reported.

Unfortunately, a large argument against male hormonal contraceptives is that men simply wouldn’t be interested. But why wouldn’t men want a more effective, longer-term form of reversible birth control?

With so many hormonal options for women, it’s only fair that men receive an equal chance to choose a form of reversible contraceptive, rather than just relying on condoms or taking the permanent route of the vasectomy. Besides, men are due for an update.

According to Dr. Mara Roth, assistant professor in the Department of Medicine, Division of Endocrinology, at the University of Washington in Seattle, “no new reversible contraceptive options have arisen for men since the development of condoms over 400 years ago.”

Additionally, having accessible hormonal birth control for men would be more convenient to figure out ahead of time. In a culture of casual sex, it’s important to have control over your own safety. Men shouldn’t have to rely on or trust women to be on birth control, and condoms aren’t always readily available in the moment. By taking care of contraception ahead of time, a couple can focus on enjoying the moment, rather than frantically searching for a condom or, even worse, worrying about a broken condom, the ultimate mood-killer.

So support research for more hormonal contraceptive options for men. Show the medical community that men do, in fact, want hormonal options by signing online petitions, talking with your doctor, and even participating in research studies. Currently, research on a nonsurgical vasectomy, male birth control pill, and daily gel looks most promising. Hopefully, we’ll see some new products hitting the pharmacy shelves within the next decade.