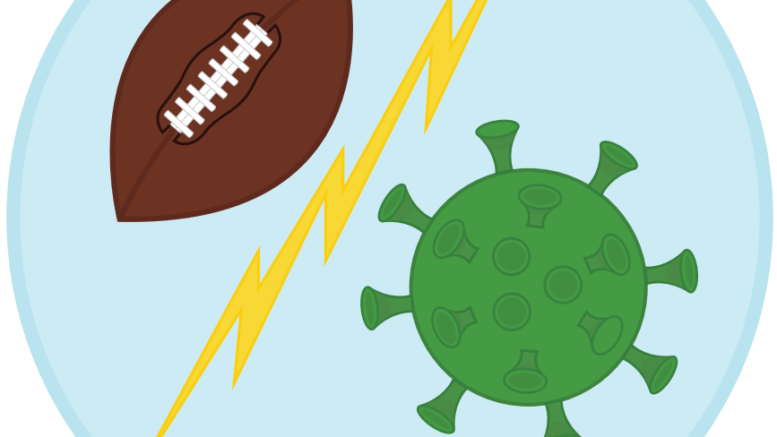 More than 375,000 people died in 2020 due to COVID-19 in the United States alone, according to the CDC. What this means is that it would take around five and a half NFL football stadiums at full capacity to hold this many dead people. That’s an astonishing number.

During the same year, this strange, complicated, and unpredictable virus swept the nation and brought stadiums and football games to a halt. We once thought almost nothing could stop a football game. Well, COVID-19 did stop football, but it didn’t stop the NIH scientists, so they put their game faces on and tackled this virus.

It typically takes between ten and fifteen years to develop a vaccine. Utilizing hard work and expertise, teams of researchers, scientists, and doctors across the world worked day and night to develop a vaccine to stop the deadly coronavirus. They accomplished the task in less than a year.

As written on their website, the NIH’s mission is “to seek fundamental knowledge about nature and behavior of living systems and the application of that knowledge to enhance health, lengthen life, and reduce illness and disability.” NIH employees are thus crucial to our everyday lives, as they provide the necessary means for everyone in the nation to lead safe and healthy lives.

These clearly important members of society must be compensated greatly for all that they do, right? Well, research scientists employed by NIH are paid an average of $97,000 per year. This is a fine salary, and one that can lead to a comfortable life. It is interesting, however, to consider the salary difference between the average NIH employee with that of other professions that have a far lesser impact on public health. Let’s compare the NIH to the NFL.

The NFL provides sports fans across the country with entertainment. Watching the tackles, touchdowns, and amazing plays provides entertainment for sports junkies and less enthusiastic fans alike. Watching NFL games is entertaining, exciting, and enjoyable for viewers and spectators whether the game is being watched in the family room or in the stadium seats. The NFL’s football players who provide this service are highly trained professionals and are paid accordingly— an average annual salary of $860,000.

A football player in the NFL makes more than ten times the amount of an NIH scientist. Something just doesn’t sit right with this picture. Clearly, there is a great entertainment value provided by the NFL.

However, is that value ten times greater than the lifesaving value provided by the research scientists at the NIH?

Our society seems to think so. How is it that we put a higher value on family entertainment than on family health? When will society begin to see the value of the NIH’s goal is to save lives and without the employees of the NIH to do so, one may not even be alive to enjoy the football games provided by the NFL, so whose salary should be higher? Who should really win the final game?