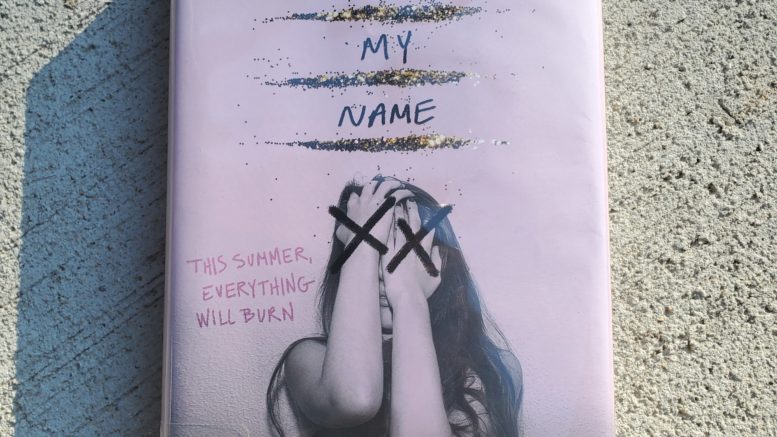 “People can afford beauty here. The rich always get to keep a little bit of what they destroy.”

As F. Scott Fitzgerald’s The Great Gatsby is now part of the public domain, I’ve been waiting with bated breath for the inevitable tidal wave of Gatsby-inspired fiction to start hitting the shelves. There’s something undeniable about the decadence and vice of the original novel that I was eager to see with a more modern take. So, you can imagine my excitement when I heard about Tell Me My Name by Amy Lynn Reed, a modern retelling of The Great Gatsby revolving around girl-next-door Fern and her enigmatic child movie star neighbor, Ivy. What I didn’t expect is that this novel is actually set in a borderline-apocalyptic future where climate crises, extreme economic inequality, white supremacy and monopolistic corporations are a few years out from destroying the country for good.

The East and West Eggs have been traded out for a Seattle island where the rich and famous come and visit for the summer to escape the heat. However, at this point, there is no true middle class left in America and the wealthy live in gated communities with armed security while the poor are shoved to the outskirts and left to fend for themselves. This change alone adds a whole new level of consequence to the careless spending and carousing the main characters exhibit while the rest of the city struggles to survive the disease, wildfires and violence that the gated communities are protected from. Our main character, Fern, is working on the island where the story begins when a girl named Ivy – parallelled to Gatsby – moves into the house next door. She’s beautiful and famous, but seems deeply troubled and, most importantly, needs Fern’s help. Meanwhile, Fern has been dragged into the exploits of the wealthy, powerful Tami who, like her counterpart from the original novel, Tom, has never taken no for an answer when it comes to getting what she wants. Adding in Tami’s boyfriend and Fern’s childhood best friend and long-time crush, Ash, who seems to know Fern from the past, and you get a very complex love triangle and more drama than even the original offered. Besides the character’s roles, there are a couple nods to the original novel, but without revealing too much, the novel takes a sharp turn that, while it is foreshadowed, was a complete shock to me as a reader. I actually went back and reread the book again to see all the things I had missed.

If you aren’t a fan of psychological thrillers, this one might not be for you. Everything (mostly) makes sense at the end, but a lot of the novel is disjointed and occurs in flashbacks, dream sequences or moments that blur the confines of reality. There are also many serious topics discussed that could be triggering to the unsuspecting reader. The book does tackle addiction, mental health issues, and sexual assault along with having several scenes of graphic violence or gore. If any of that is upsetting to you, this book is probably not one you want to read. On the more technical side, I personally thought that a few of the central metaphors were a bit heavy-handed and that the dialogue didn’t always land. In addition, the main characters are nearly impossible to like as a reader with them showing extreme carelessness and hypocrisy throughout the novel, though that is a facet of the source material as well.

I do appreciate that Amy Reed establishes them as humans with their own problems while making it clear that it doesn’t excuse their terrible behavior and selfishness. All in all, this book did have me hooked, and though not what I was expecting going into it, I think it’s very powerful and speaks to the realities of trauma and societal inequalities that The Great Gatsby could have expanded on. If you’re looking for a straight modern retelling of The Great Gatsby, then Tell Me My Name is not for you, but if you like the source material and want to see its boundaries pushed to their limits, then I can’t recommend Tell Me My Name enough.

Tell Me My Name is a novel by Amy Reed. It was published on March 9th, 2021 by Dial Books, an imprint of Random House LLC, New York and is available wherever books are sold. If you’d like to learn more about Amy Reed, you can find her at www.amyreedfiction.com, where you can also learn more about her other novels, such as The Nowhere Girls or the Invincible duology.