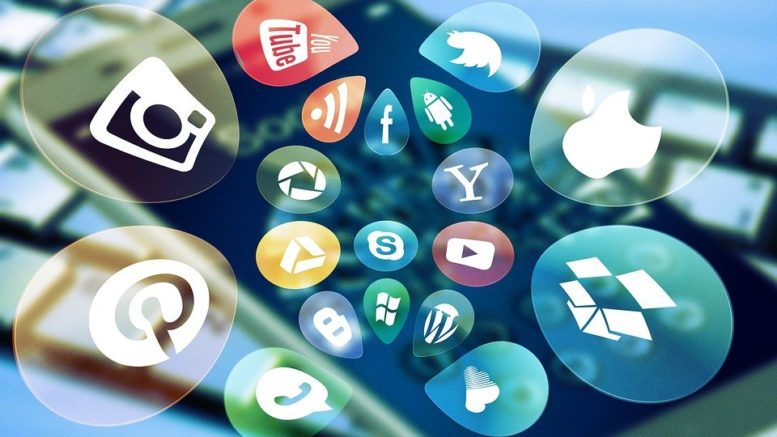 How different would life be if the media didn’t play such a large part of it? If technology wouldn’t have become the biggest outlet of media in the world? If Instagram, Snapchat and Facebook didn’t run how we see ourselves or the world? Siddiqui, Shabnoor, and Tajinder Singh, both authors for the International Journal of Computer Applications Technology and Research, says that “people are seen addicted with this technology every day.” You could ask yourself: how much of a filter does the world’s information go through until it gets to you?

I have lived isolated from popular media for seven years. I do not have Instagram, Snapchat, or Facebook; I have no form of any social media. I did not write this to make a point, nor do I say this to influence anyone. Instead, I will inform you of how much I have been able to grow and learn from this experience, and how much I have been able to witness from just allowing myself to keep my head up and not down at my phone. When I’m in a room full of people, I see so many people relying on their media and technology to reassure themselves of their self-image. According to Ana Radovic, an author for the Journal of Adolescence, “Adolescents also described negative experiences – especially themselves or others sharing attention seeking posts.”

My journey began in eighth grade when I considered myself to have been extremely attached to public opinion. I had an Instagram that I felt I had to keep up to a certain standard, and an everyday life to live up to the fakeness of what I was putting out in the world. I just wanted people to see me as one of them.“Social media can, without much of a stretch, destroy somebody’s notoriety just by making a false story and spreading it over the internet,” says Akram Waseem and Rekesh Kumar, writers from the International Journal of Computer Sciences and Engineering.

I quickly came to the realization that I didn’t want that anymore. I was tired of feeling like I had to live in the shoes of other people, just because what I was seeing through the media is what I wanted to be like. I struggled with my self-esteem and periods of depressive episodes at times because I did not feel accepted. Jacqueline Nesi, a writer for the North Carolina Medical Journal, says that, “The incidence of certain mental health concerns, such as depression and suicide, have increased significantly among adolescents in recent years, with rates of suicide among youth aged 10-24 increasing 56% from 2007 to 2017. Given that this increase has coincided with the widespread adoption of social media, this has led to concerns regarding a potential link.”

I felt like I was not good enough because of other people’s perceptions of me through the media platforms. Now, I realize that I had been blaming my parents and having resentment towards them because they couldn’t provide me with what everyone else had. Honestly it was never fair, or right. When I got to high school, I decided to completely cut myself off from media. I deleted Instagram, I got rid of Snapchat. My journey of growth towards becoming  my own validator began!

I was able to finally disconnect technologically from society and see the world for what it really was. Instead of letting the  media place a mask in front of everyone, I was able to notice patterns in my peer’s actions and how attached people were to social media. I was able to see how much social media categorized society in a way that separates people completely. It places people in different social classes, it places standards on people they didn’t even know they had and enables people to pass off living an authentic lifestyle. The way they have done this is by posting themselves as a type of person they want to be, and they get the validation through social media that they do not get in person from those around them.

The dynamic within adolescents and their interpersonal communication changes completely when they become engaged with the media. People forget how to interact socially when they’re so accustomed to a screen. They become less confrontational and less direct. This has hindered our societal growth severely; I struggle to measure the depth of the hole we’ve dug ourselves into in terms of relying on social media for human interaction and validation.