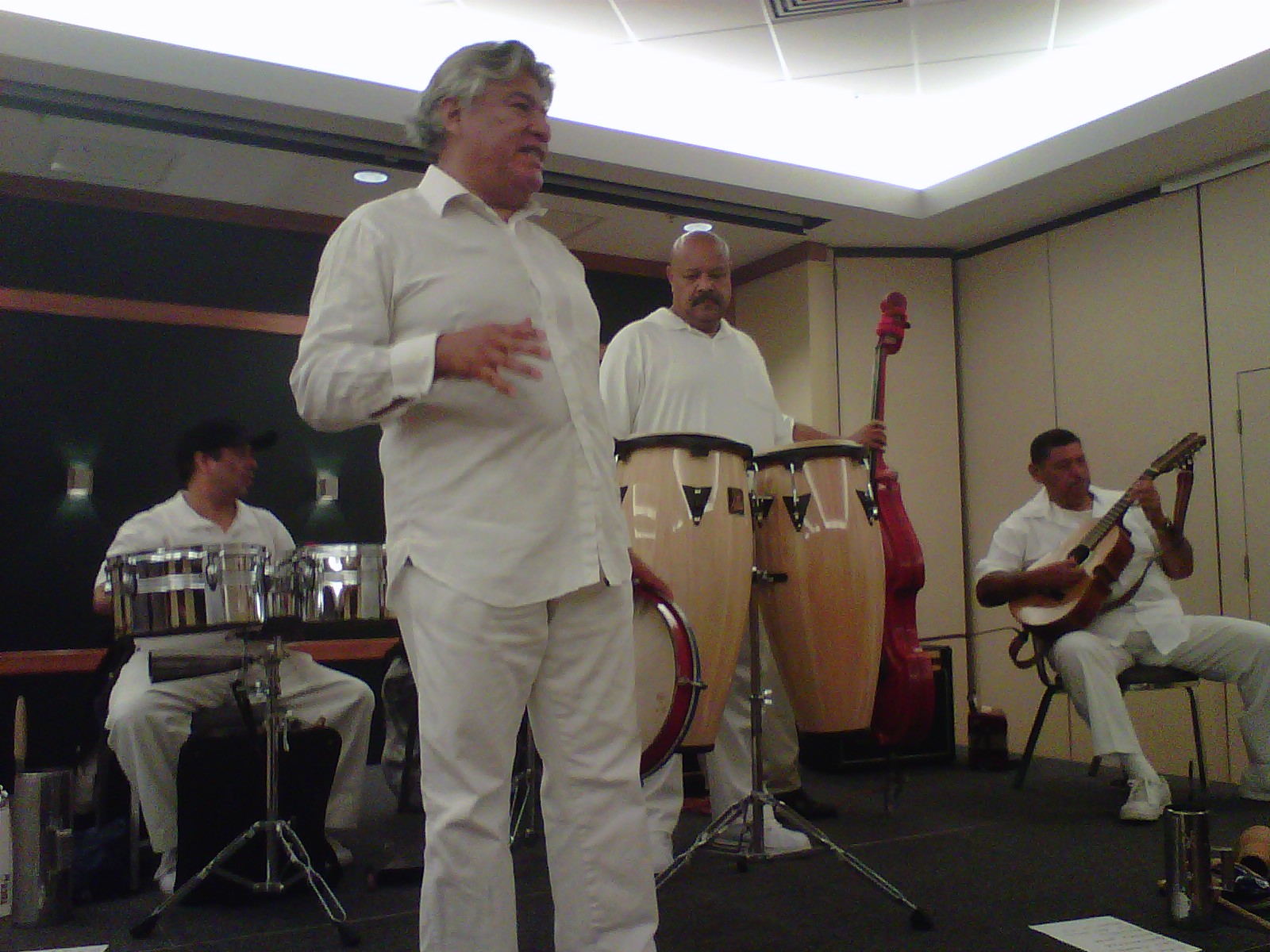 Salsa is “music that makes people smile,” according to Jose Obando as he spoke last Thursday, Oct. 11, at the Forum for the “More than a Salsa Concert.”

Jose Obando is a folklorist from Guayaquil, Ecuador. He came to New York in 1963 and he works for the Metropolitan Museum in New York. He researches about instruments pertaining to Salsa. He likes his job because he grew up hearing salsa and he wants to stay close to the roots of his music.

Salsa comes from Puerto Rico due to the African influence that this country had, which is why many Latin-American countries love Salsa.

“There is an African influence in almost all Latin-American countries and each of those countries has contributed to Salsa,” said Jose.

Jose Obando and his friends travel around the United States to give lectures about the history of Salsa.

During the lecture, he explained the origin of salsa and its uses. He explained the transculturation and variations of the music. He played and showed the different instruments that are used for salsa, like the congas, maracas, and panderetas.

He let people use the different instruments while the music was playing. Music played included “Cha Cha Cha” with the Cuban guiro and Salsa with the Puerto Rican guiro. While the band was playing, people were dancing and enjoying the music.

“We lecture with demonstration,” said Obando. “I don’t read music because if I start reading it I would stop feeling it.

At the end, he said that he is not an entertainer, he is an educator. People learn about everything in his lectures: geography, social sciences, humanities, and history. An entertainer does not teach anything, they just entertain.

“There is not a name to the band because we are not entertainers; the title of the lecture is the most important part” said Jose.

The event was a total success and people enjoyed the music and everything they learned.

A Night with the Gorillaz

1 Comment on "“More than a Salsa Concert”: Music that makes people smile"