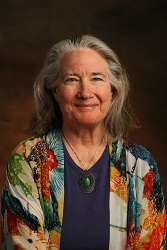 This past Sunday, November 16, 2014, the Masterworks Chorale of Carroll County presented their fall concert, entitled ‘Baroque Beginnings: From Palestrina to Praetorius.’ Dr. Margaret Boudreaux directed the chorale, although the concert also featured musical groups and ensembles from the area. The McDaniel College Choir preformed, as well as the Maryland State Boychoir, The Society for Early Music, and Washington Cornett and Sackbutt Ensemble.

At three o’clock on the cold and cloudy Sunday, it seemed that everyone within a ten miles radius slowly emerged from their homes, braved the brisk weather, and ended up in Big Baker. The church was packed, and people occupied every single row. Although most of the crowd was over the age of fifty, it seemed to be a family affair as people hugged, talked, shook hands, and took pictures together. Even before the concert began, it seemed that this Westminster community proved to be a close knit one.

The concert highlighted pieces chronologically as they traveled through historical transitions. As the program so helpfully informed, the “selections range[d] from the end of the Renaissance (Palestrina) to the end of the Baroque (Bach) with everything in between (particularly Praetorius).” Pieces hailed from countries like Italy, Spain, England, France and Germany.

One of the strongest aspects of the event was that the concert was not entirely made up of singing. There were pieces done by the chorale, with instrumental interludes of woodwinds or brass, then pieces done by smaller groups like the Boychoir. It was a refreshing lineup, seeing that these musical pieces, due to their richness or length, seem to overwhelm some people. In the end, the concert received a wonderful turnout that helped show and support this close-knit community.

Director Margaret Boudreaux remarks that the spring choir concert will follow a similar suit to this fall’s. Entitled ‘Sanctus,’ the concert will pull pieces from the same collection as some highlighted pieces were this time around. She says, “it’s based on the hymn ‘Isaiah the Prophet,’ and it’s also a polychoral piece. We will be joined by the Children’s Chorus of Carroll County as well as Masterworks.”