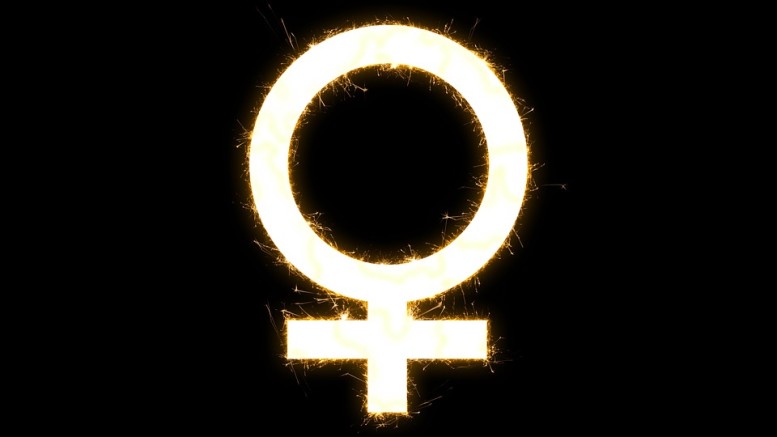 In ABC’s relatively new drama ‘Scandal,’ the lovely Kerry Washington plays former White House press secretary Olivia Pope. Creator Shonda Rimes (‘Grey’s Anatomy’) fills the show with loads of turns and twisted characters, unforeseen circumstances that will keep you guessing, jaw-dropping cliffhangers, and a plot anchored by Pope herself. There has been lots of praise for the show, especially in regards to having a black female in the lead role, but viewers also claim to love Pope’s intensity, fearlessness, grit, and intelligence. As a viewer myself, I will admit that Olivia Pope does emulate these qualities, but the qualm I have with the show goes much farther than characteristics.

Stereotypical gender roles have been prominent in the media for years, and just because we have men and women breaking barriers in ways that haven’t been done before, does not mean that our society has dropped these gender issues. Although Pope’s role as a political, female die-hard do-gooder is something that grabs and retains audiences, it’s discursive. That is, it’s a bit ideological; it’s still not completely negating the fact that there are age old stereotypical gender roles everywhere in this show.

First, let’s talk about the fact that Olivia Pope had/has/and may continue to have an affair with a married man…the President. Who uses sex to blackmail her. Everyone knows it’s happening. Even the First Lady. The President of the United States of America is so obsessively in love (room for a strong argument there) with Olivia, against whom he uses sex as a weapon. Not only does he utilize sex against Olivia, it seems to be his M.O.. He uses it to confuse and cloud judgment, without regard to his wife and children, and without regard to others feelings.

Also, let’s not forget that she gives in…every single time. Olivia Pope may be a woman of steel in her career, but throw a lusty, powerful, married man into the mix and she falls for it. It’s essentially saying that women are weak because they can’t say no. Or perhaps she’s just weak because she wants to do it as bad as he does, and gives no thought to the after effects of her consequences.

Either way, she’s used for sex at a man’s discretion-she’s just an object of sexual desire. Many viewers seem to be divided on the role that sex plays in the show. Some seem to see it is a genuine gesture because there are emotions behind it, regardless of who it’s with. Others make this same accusation towards Pope in one of the episodes: that she is attracted to powerful men, and sleeps her way to power. Sleeping to the top is one of the oldest and most grotesque accusations to make against someone, and it seems to insinuate that the woman could not otherwise reach the top without using their body.

So, is it that she’s a conflicted woman who shares feelings for many men, or is she capitalizing on her body to get what she wants? Can she actually be a successful woman without using her body, or will all successful women have to endure these accusations? Either way, it’s the stereotypical gender role: women use their bodies to get what they want.

We can’t forget about Olivia’s right hand girl Abby. She’s a recent divorcee with trust and men issues, trust issues fostered by the relationship with her ex-husband who beat her  almost to death. Nothing says women can be strong, successful, driven businesswomen with a take-no-prisoners attitude unless they’ve been beaten senseless, right? Because women can’t naturally be that way, they need a reason to become that way. At least that’s the context that’s presented in the show.

Pope is even used as a game piece by her own father. Yes, he too, uses her to his own advantage. He always claims it’s for her own good or protection (another possible argument could be made here), but the way he manipulates her, using her against other people for his own gain and against her better judgment, should also be something that sets off some red flags. Being the ex-head of the super-ultra-secret-spy-organization may play a part in this, but really, wouldn’t the best way to protect your daughter be to take her out of the “game,” and not use her as a piece in it?

Even the First Lady, who has by this point given up on her husband ever appreciating her and loving her, has started sexual conquests of her own with someone who works very closely with him! Obviously, the clear thing we learn here is that although you can love and marry someone who later deserts you for their mistress, it’s always good to have a backup person you’ve always secretly had feelings for because they were the ones who made you happy and actually appreciated you from the beginning. Again, we see the issue of women and sex. Not because they set out with that purpose all along, but because they’re holed in to a position where that’s all they have to use.

As I said before, I’m a viewer too. But don’t let the wearing-the-white-hat thing blind you. “Scandal” is full of gender role issues. Having it based around a strong woman really doesn’t hold any weight, because she’s still a symbol of embedded gender-role stereotypes in media and television. It’s a television show just like any other–there are parts for men and there are parts for women, just because shows are getting better at obfuscating the presence of gender-roles, doesn’t mean they don’t exist.