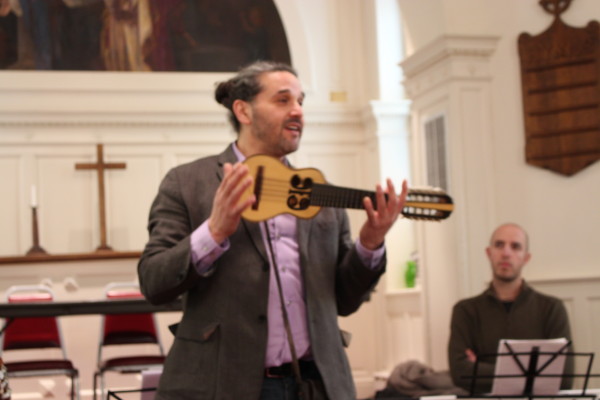 The event was sponsored by the McDaniel College Department of Foreign Languages, Common Ground on the Hill and  the Hispanic-Latino Alliance. Though presented to the public with short notice, the event witnessed a good number of people. 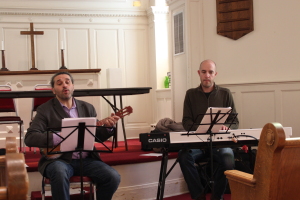 Following this song, Acevedo gave a brief lecture about the history of music in Latin America, emphasizing Chile’s music. Acevedo explained that the music he performed at this event was composed during a period of political turmoil and cultural rediscovery.

“This music is a mixed of the native culture as well as Spanish culture,” Acevedo said. “The political fervor in Latin America produced a wave of new musicians whose purpose was to speak of love and freedom as well as to bring back the cultural history that the dictatorship was denying to them.”

In between performances, Acevedo also presented some of the traditional musical instruments used in this style of music. Among these instruments are the sikus, the zampaña, the quena and the charango.

Pamela Panneton, a member of the audience and resident of Westminster, said of the music, “I loved it. I love the commentary of South America within the performance and how the people gave their lives for music.”

“It was lovely,” said first year student Christina DeJoseph of the concert. “It is diverse and it brings new perspective to McDaniel. It also helps with the stress of academics!”

Seeing Reality through Movies in French: The Pirogue

Letter to the Editors