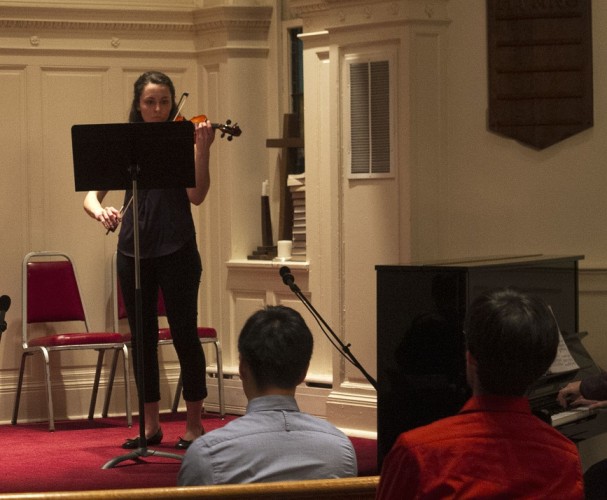 On Friday the 8th, the Music Department held the McDaniel String Ensemble concert. Held in Little Baker, the concert was very casual and featured many members of Beta Alpha Chi, the music honors society. Nicholas Currie, a violinist and adjunct here at McDaniel, introduced each piece and set of performers to the small crowd. The show was delayed due to a late performer, but other than that the concert went off without a hitch. 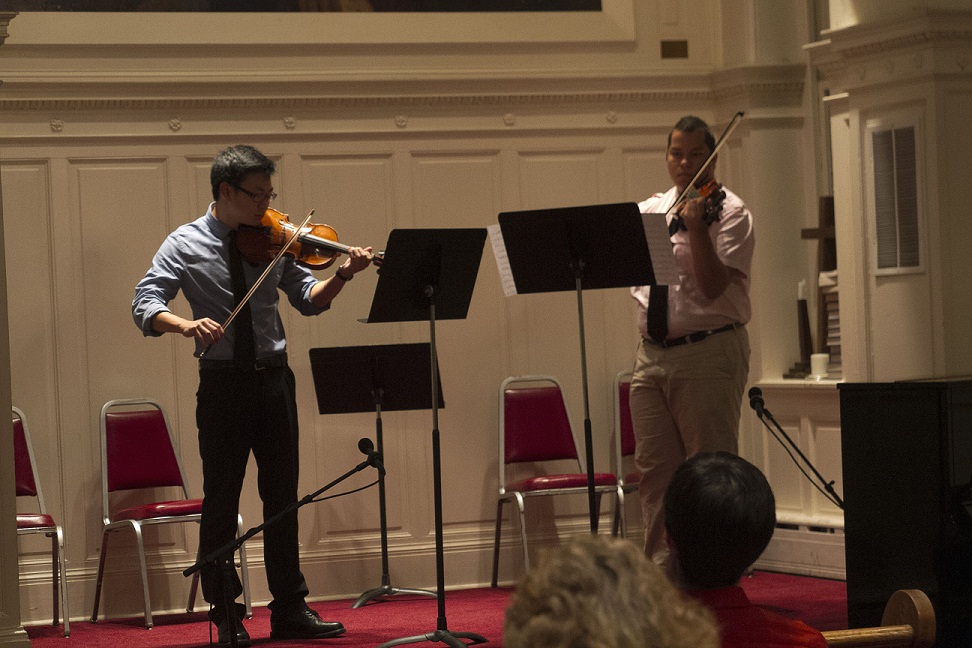 The players were extremely in tune with each other. The music flowed seamlessly, even when Currie had to step in and play the part of the late violinist. Players selected pieces mostly from the Baroque (1600 to 1750) and Classical (1750 to 1830) periods. The Baroque pieces, selections from Handel, Bach and Corelli, were the best. Baroque music in general is just better in my opinion. Created in a period before strict rules of composition, the music is expressive and vivid. Though I’m no music scholar. And all of this praise doesn’t mean the classical pieces played were bad. The selections from Paradis and Pleyel were played beautifully in fact, they just didn’t peak my interest.

There was one solo piece, Chanson de Matin Op. 15, No.2 by Elgar, a Romantic song. If music could be books, it’d be the kind you read in high school that’s set in middle America during the turn of the century that you didn’t understand at all. You think it’s sad but pieces of it sound happy. Either way it was beautiful.

The concert was pretty short, only about 45 minutes and worth every minute. There are a couple more concerts coming up in the semester, including the full orchestra concert on December 7th, that are worth checking out. They’re a great way to support fellow students and most of them are free.

With a New Clinton Campaign, Awareness of Gender Representation in Media Is Vital