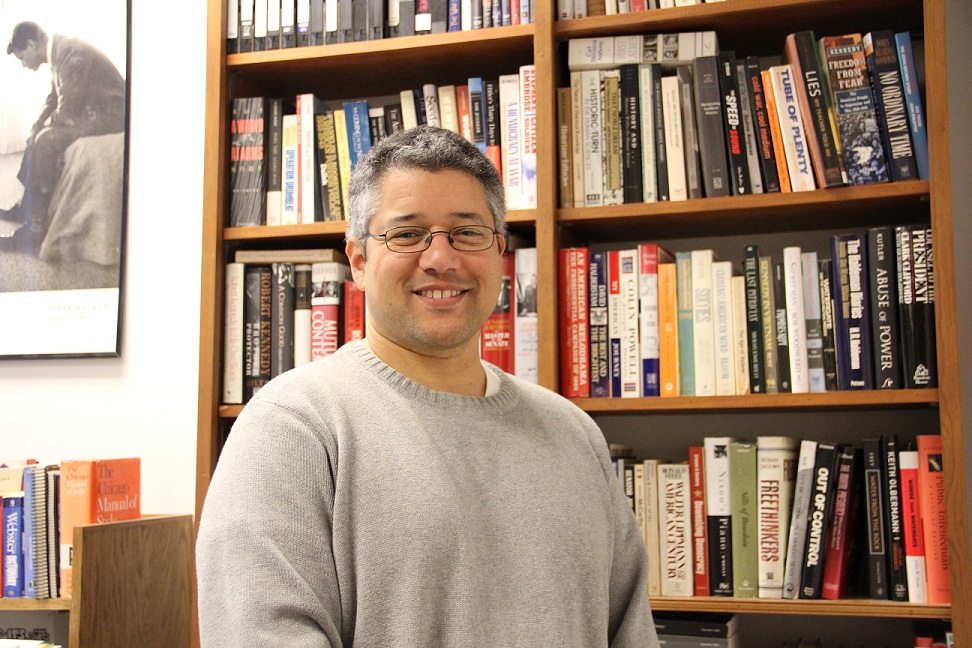 Are you interested in film? Do you enjoy learning about or discussing history? Most importantly, do you like to read?

If you answered “yes” to any of these questions, you’re in luck. History professor Dr. Bryn Upton is currently working on a book about the effect of the end of the Cold War in film. At this point, he is almost finished the writing process and is looking to have the book completed and sent to editors by Jan. 1. 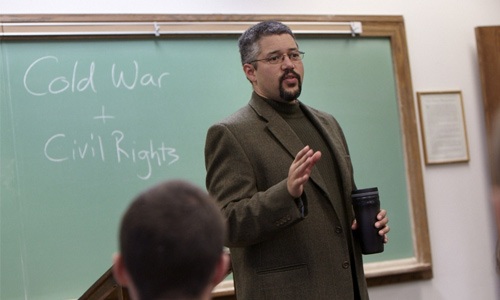 So where did the idea to write this book come from?

Before the Cold War, the character of James Bond was the “ultimate insider,” according to Upton. An extremely charismatic individual, Bond was not afraid to express his pride in his work. The way he said his name (yes, the “Bond—James Bond” line) with slight arrogance was unique.

The Bourne films, on the other hand, are more recent and differ significantly from the pre-Cold War Bond films. During the films, Jason Bourne is more secretive and tries to hide from security cameras, while Bond would not have worried about that issue. This is because the Bourne films were made after the Cold War, after people became suspicious of government programs. During the Cold War, society was supportive of the government trying to protect citizens from nuclear warfare.

After Upton’s presentation, a man from the conference contacted Upton and asked if he would be interested in expanding his paper into a book. He agreed, and thus, “Same Heroes Different Villains” was born.

Upton has been doing research ever since then, explaining that he watched “200 plus movies in eight months” to “look for symbols and meanings” behind the content. He explained that movie plots can be affected by the time period in which they are made.

He used the example of the Terminator movies. The first movie was made before the Cold War, where people were afraid of a nuclear “holocaust.” At the end of the movie, the character Linda Hamilton said she can “see a storm coming,” a subtle prediction of an unavoidable war between humans and machines.

In contrast, the second Terminator movie had a more positive ending because it was made after the Cold War and people were no longer afraid of nuclear warfare. These are just some of the details Upton discusses in his book.

Upton said that talking about films is one of the ways he is able to connect with students, or as he referred to it, “speaking teenager.” He explained that it’s a “sneaky way to introduce historic concepts,” which is why he often uses films in his classes.

“Same Heroes Different Villains” is Upton’s first book. He expects it to be out in late April or early May, and encourages anyone (and everyone) to read it once it is published.

ODMA’s Revival and Year of Success