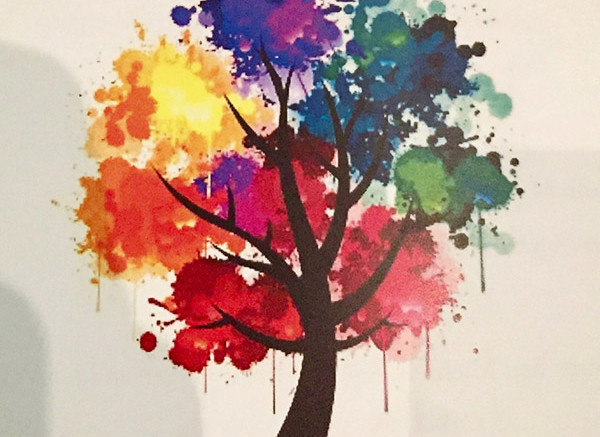 As students began to pack the library in preparation for finals week, professors and families filled Baker Memorial Chapel to listen to the McDaniel College Choir perform “Songs of Life,” their winter concert on Dec. 4.

President Casey, professors, students, and families lined the pews to hear the choir perform. After everyone was settled in, the concert started, and two songs into the performance the audience was encouraged to join the choir in “All People of the Earth.”

The director of the choir, Margaret Boudreaux, chose the theme “Songs of Life” for their program based off of their exploration through songs that express emotion in their everyday lives. Boudreaux said, “In choral singing, the words are really important, and certain ideas and emotions have always been important for hundreds of years.”

After opening with a warm greeting, the choir jumped into their next couple of songs, starting with “Seasons of Love.” Following that, the choir sang “Blow, Blow Thou Winter Wind” and “Peirot Chamishah Asar” (“Snow on My Town”) as they related these to how the seasons affect us.

The audience enjoyed the calmness of the songs, seemingly getting lost in the theme as it relates to the current fall/winter season

The majority of the songs sang that night were paired with poems, either before or after the piece. Pieces like “A Chart of a Small Sea,” read by Brandi Weyers, added great depth to the concert.

Alumni were then invited to join in for their second to last song “Still Still Still,” and after that, everyone joined in on singing “Silent Night.”

Margaret Boudreaux, director of the choir, was inspired by her high school singing program, and soon after that realized that music was her passion. “I had been singing through high school and the teachers were great role models for me at that time in my life. Those teachers helped me see that it was the field I’d really enjoy,” explains Boudreaux.

She now sits as a professor of Music at McDaniel College, and has been since 1989. It was a relatively quick transition into McDaniel College as she got the job soon after finishing up her doctorate from the University of Colorado, Boulder.

As well as earning the responsibility of Choir Director and professor at McDaniel College, Boudreaux has also directed orchestras. “It is different in that the instruments don’t have words, so they tend to respond to the experience a bit differently. However, ultimately, it’s all about preparing the music in the most expressive way appropriate for the style and composer’s attention.”

Boudreaux leads a quite successful and beautifully sounding choir, and has directed orchestras as well. “Its different in that the instrumentalists do not have words, so they tend to respond to the experience a bit differently…However, ultimately, it’s all about preparing the music in the most expressive way appropriate for the style and the composer’s intentions.”

The choir prepares for their concerts twice a week for ninety minutes, earning one credit per semester. During the final week, they practice in the concert hall to prepare for their upcoming performance.

The day of their performance, singers are weary of their diet—what most people would call a superstition, actually has an effect. “Diet is very important on a performance day. Anything that might affect a person’s stomach or clog up the vocal tract can be a problem. Lots of water is always a really good idea,” mentions Boudreaux.

The show must go on: The Bakkhai theater performance continues despite opening night scare