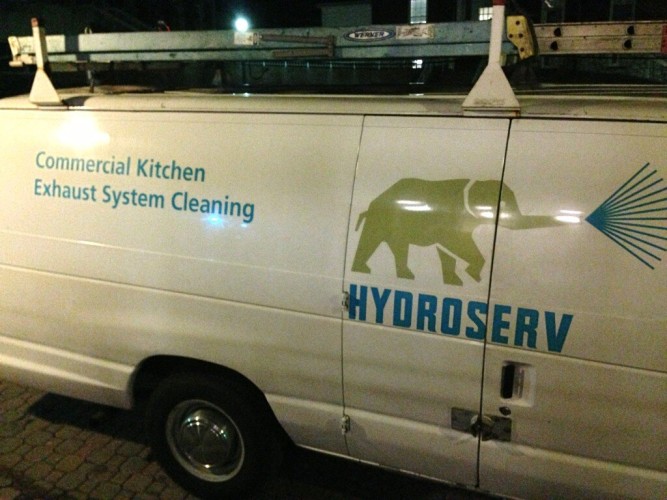 Photo taken by Charlie Olman around 1 AM on Feb 28.

As students at McDaniel secluded themselves in their rooms in attempts to recover from or avoid the recent outbreak of  gastroenteritis (also known as stomach flu, coined as “the McPlague” and “the McVirus”), and the administration refused to cancel classes, rumors began to surface as to the origin of the virus. Estimates from the Wellness Center, students, faculty, and Carroll County Hospital have ranged from ten to two dozen to even over a hundred separate cases of infection, but currently no exact number has been determined.

Gastroenteritis is a norovirus that is commonly spread through contaminated food, water, touching contaminated surfaces, or coming into contact with an infected person. Given many reported cases of infection and visits to the hospital within just hours after eating food in Glar on Tuesday, many students came to term the outbreak “Glarocalypse”, contending that it initially began with food poisoning from Glar.

On Thursday, Rita Webster, general manager of the McDaniel College dining team in Glar, stated, “Today there was an inspection from the Carroll County Health Department (CCHD). They have to come in whenever there is an outbreak.”

“They come three to four times a semester, and if we don’t pass their inspection, then we can’t be here. The NSF (National Sanitation Foundation) also comes once a year for inspection, and the USDA (United States Department of Agriculture) does test sampling of all our food. Hazard Analysis & Critical Control Points (HACCP) monitors food at all temperatures…there are temperature logs we take every hour, and every employee carries a bimetallic thermometer with them at all times. If they are sick, they don’t come in to work.”

Glar employees must also pass “Walk the Talk” tests before they are hired, on topics of hand-washing, personal hygiene, and sanitizing food contact services.

Webster contended that there were a lot of different sources that the virus could have come from, even from outside McDaniel, as national news coverage shows the epidemic has spread across the east coast. “To blame one area—you have to be fair to what we’re doing here. We’re trying to be objective. I’m here to protect the students, and that is my number one priority. They need to know they can come to me with any complaints about the food.”

Back in the kitchen, executive chef James Nutter showed me around. “The kitchen is always open to students,” he said. The freezers and refrigerators storing food have thermometers on the outside of them, so that employees can constantly check to make sure that food is being stored properly. “We’ve hired the NSF to go into every Sodexo account nationwide…checking food safety and the safety of employees. We know where our food comes from, and it is well-researched and safe.”

Upon his hearing that an entire dorm floor got sick, Nutter responded, “I’m not sure everyone ate the same thing, but I guarantee they all touched the same bathroom door.”

“There are so many standards [to be met] before it [the food] gets to the public,” said Webster, “purveyors of the food have to go through so many things before the food gets to us.” However, with the exception of samples of the “Walk the Talk” tests, and the HACCP temperature logs on the outside of food storage units, no additional information was provided as to how students might verify CCHD, NSF, or USDA involvement with Sodexo at McDaniel.

Both Webster and Nutter also stated that the dish-washing machine usually runs all day, and takes a lot to maintain. There is sometimes “hard-water build-up” inside that can sometimes cause the spots that students see on cups, but a solvent approved by Eco-Labs is used to counteract it.

While there has been no indication that the illnesses of those visiting the emergency room at Carroll County Hospital over the past two days was food-borne, students have reported doctors’ commenting that the outbreak initiated from a singular source, leading many to remain skeptical of eating in Glar for the time being

How can campus services help you survive the McVirus?

2 Comments on "“Glar” Maintains No Involvement in Spread of McPlague"