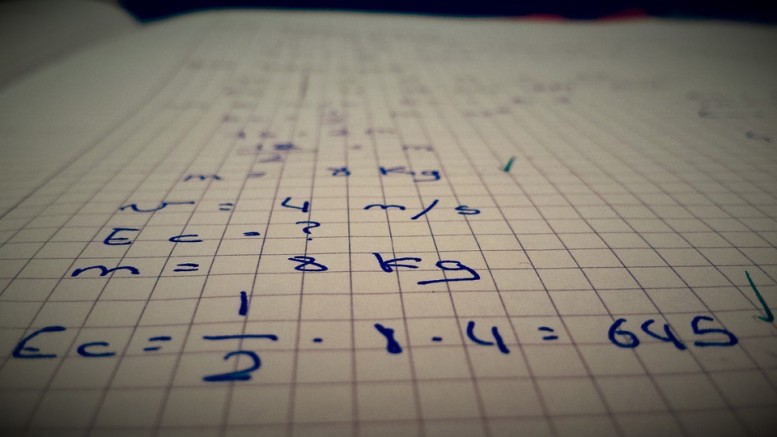 Did you know that 1 out of 8 couples married in the US met online? That people can only remember 3 or 4 things at a time? That there are 31 billion searches on Google every month? And while in most countries the cat is said to have 9 lives, in Arab and Turkish proverbs the poor cat has only 7 lucky lives? So, what does it all mean?

Like it or not, numbers are present everywhere and every day in our lives.

Like me, not everyone is cut out to be a mathematician or a computer analyst. For some of us, numbers are merely symbols manipulated according to arbitrary rules. For others, numbers carry occult powers and fun facts.

I gave myself the chance to understand why it is that there are fellows here on campus moved by a fascination for numbers and even involved in the Math Club, so I asked few of them:

Morgan Stanback, a freshman Spanish major, who curiously joined the Math Club, said she loves math not only because it is super fun, but also because it has a unique beauty.

In her own words, “Mathematics is almost as beautiful as Spanish. It has its own language within itself. In high school, I had the pleasure of having teachers who showed me how beautiful math could be, so I just fell in love with it. I know most people think math should be practical and useful, but I also think math should help people see more beauty in the world.”

Surprinsingly,  Adriana I. Mendoza Cervantes, junior Vice President of the Math Club, when asked about the beauty behind numbers, also highlighted the fact that learning math is like learning a second language, once you master “its gramar,” then you can make and solve endless combinations.

It is not a waste of time. Much to the contrary, this curiosity about problems and the thirst for answers have led people to find out new things that can in turn have an impact on the world.

The Math Club welcomes everybody to participate in its two weekly meetings on Tuesdays at 9 p.m. in Hill Hall 109.

“I am looking forward to Hexa-Flexagon Day as well as a field trip to a Math Museum in New York.”  Stanback said.

Next time you cook, read a map, a bill or instructions, play a sport or a board game, remember that without those essential little symbols nothing would be possible.

Nanotech: A small solution to a big problem