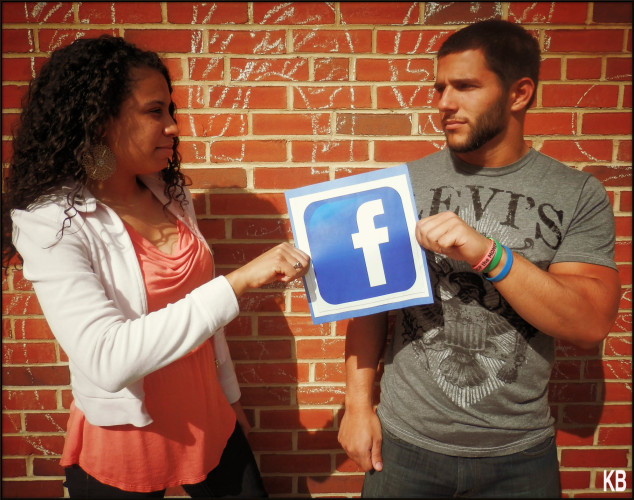 I keep listening to the same conversation on campus over and over. It starts like this: “I can’t focus on my homework; it’s almost inevitable to check my Facebook.” Or like this: “Pinterest makes me hate my house.” Or like this: “I stopped following a friend on Instagram, and now that I don’t see non-stop snapshots of her perfect life, I like her better.”

It only takes one friend visiting the Eiffel Tower to make you feel like a loser.

The danger of the Internet is that it is very, very easy to tell partial truths—to show the fabulous meal but not the mess to clean up afterward.

Everyone’s life looks better on the Internet than it does in real life. As a consequence, I have observed that our “envy buttons” are pushed because we rarely check Facebook when we are having our best experiences. Much to the contrary, we check it when we are bored and lonely, and it intensifies that boredom and loneliness.

According to the government’s official statistics,  there are more than 500 million active users of Facebook. The average user has 130 friends, and people spend more than 700 billion minutes per month on Facebook.

To test my “thesis,” I interviewed some McDaniel fellows asking “As a Facebook user, how do you feel about seeing others’ lives on the screen? Is there any connection between comparing your life to someone else’s life on screen and envy?” I came across these answers.

Nito Bousmaha, an international student from Belgium, said that the danger of Facebook is that it can lead to a certain form of voyeurism. He sees his friends spending countless hours stalking people’s photos.

According to sophomore Sol Camanzo, she thinks that Facebook definitely allows us to compare our present day life to a captured moment, or a picture, of someone else.

José de la Cruz, also a sophomore, remarked, “I usually check Facebook more than I should. I use it at least 3 hours a day.”

Daniel Carbo, a junior, thinks that some level of envy does exist on Facebook, the same superficial envy that is felt when you see someone with something that you want such as clothing or food.

“When I see people posting countless photos of their activities, it makes me wonder how much time is being spent actually having fun, and how much time is simply spent taking pictures,” Carbo expressed.

I’m not anti-technology or anti-Internet, certainly, but I do think it’s important for us to remind ourselves from time to time that watching other peoples’ worthy moments on Facebook is always going to show a prettier version of life than the one you are living right now.

Next time, when you sit down at your laptop or use your Iphone, instead of choosing to be an observer, choose to be a friend via email. Instead of scrolling through someone else’s carefully crafted images, use those few seconds to send a text to a person you really know and really love and really want to be connected to.

It’s about connecting instead of comparing. Instead of using the computer to watch someone else’s perfectly crafted life, enter into someone’s less-than-perfect life.

Walking away from the Internet isn’t an option. But using it to connect instead of compare is an option.

The Fight to Save the Internet: Net Neutrality