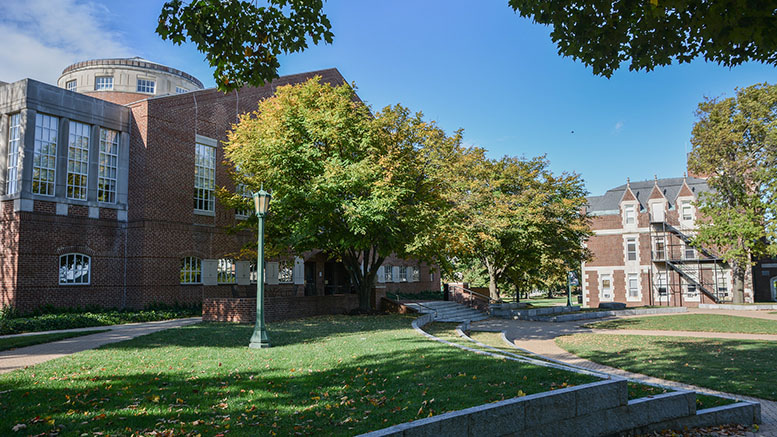 McDaniel’s campus network has been undergoing a variety of updates throughout the summer.

The college has invested over $1 million in hopes of addressing long-standing concerns among the campus community, most notably speeding up and simplifying wireless internet access.

According to Bill Ouchark, the director of infrastructure, the investment involves work that will take place over the next few years, but primarily in approximately the next 18 months, and will span around three fiscal years.

Much of McDaniel’s technology is in great need of refreshing and “some of the gear and equipment out there is upwards of 10 years old,” says Ouchark. “In the student buildings, everything needs to be replaced… the wireless access points, cabling issues, the network swatches, etc.”

In order to assist with this daunting process, made perhaps more ambiguous by increased rates of dismissals and new staff in IT, the college has been working with Campus Works, Inc. Ouchark states that this helps “…to provide a lot of leadership and technical direction in terms of not only this project, but steering IT, the department itself.”

The updates also pertain to the cable available on campus. The college uses Comcast, and has been transitioning to digital cable within the same timeframe, allowing students to use XFINITY. The digital channels will allow students “…to stream HD content of all the channels… able to [be used] over… cable hook up,” says Ouchark. This includes tablets, laptops, and many other devices. Students should also no longer need to register gaming systems, as the new network can accommodate higher usage and makes it easier to keep track of devices. 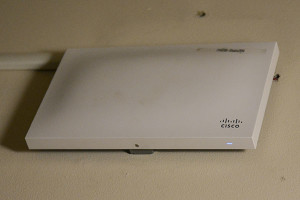 About 400 access points had to be installed. Photo by Kyle Parks.

In total, about 400 access points needed to be installed on campus. According to IT, this represents a more than 65 percent increase in access points. After this initial replacement, says Ouchark, IT will “…be reevaluating signal coverage and strength, then [they’re] going to be pulling in additional wiring and access points….”

The new network is set to double available bandwidth on campus to two gigabytes. Ouchark emphasizes the importance of reliability for this new network, prompting a simplification of security procedures, among others. “I think a lot of the frustrations that have been expressed up to this point have been frustrations with getting on the wireless network and saying on…. So the security procedure and the ease at which students, faculty, and staff can get on the network will be changing,” he states.

He continues, “You’ll still be required to authenticate, using your username and password to get one the network, but you’re not going to have a lot of the antivirus checks… I think the expectation is that people want to see a lot more of the Starbucks, or airport, or hotel experience – easy to get on and easy to stay on, so that’s the objective.”