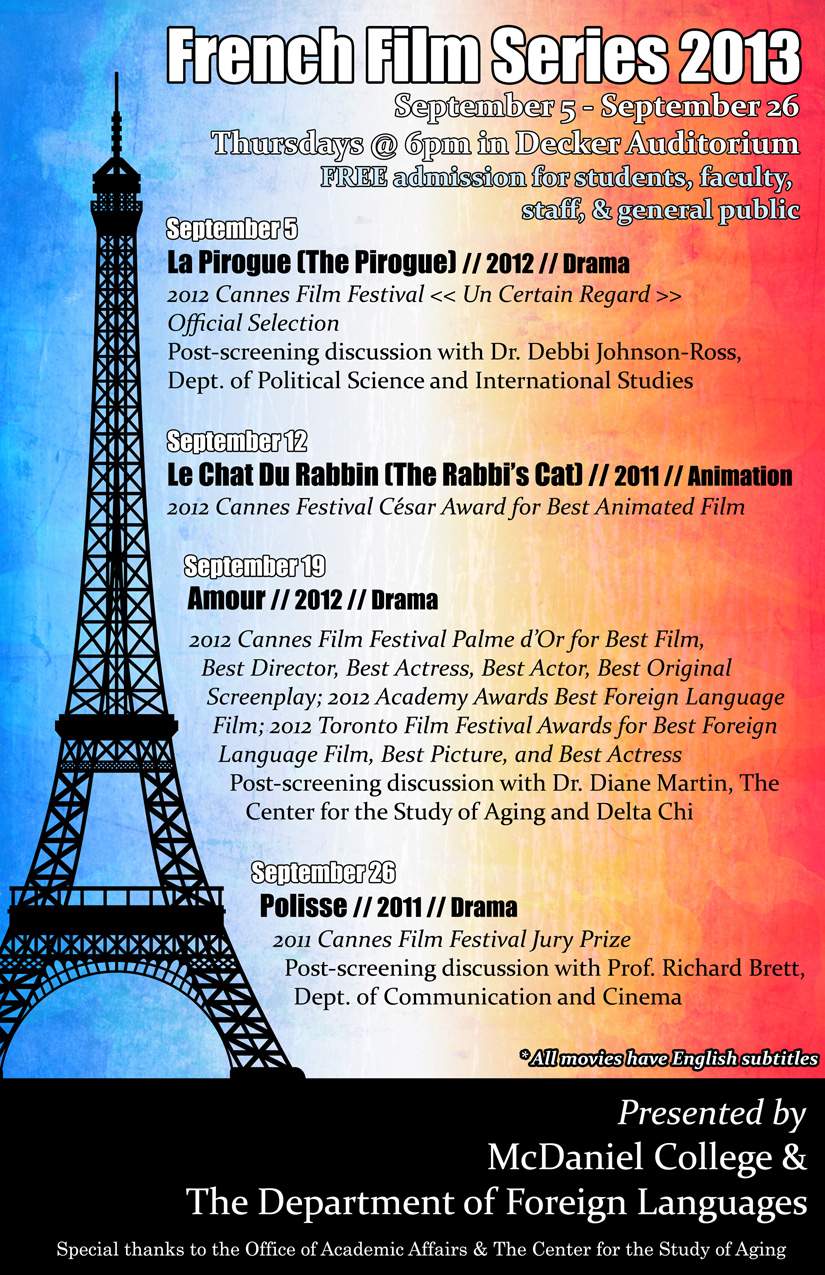 On Thursday, Sept. 5, the French Film Festival at McDaniel College kicked off with The Pirogue, a film about immigration from Africa to Spain that taught viewers about hardship, opportunities, and French culture.

The Pirogue is a 2012 drama made in Africa about a group of 30 African men and one woman who leave Senegal in a pirogue, a small fishing boat, crossing the Atlantic to Spain in hopes of better opportunities.

The audience was full of students, faculty, and members of the Westminster community. After the movie, there was a discussion hosted by Dr. Debora Johnson-Ross from the Department of Political Science and International Studies.

During the discussion, people were able to ask questions and express their opinions about the movie. Dr. Johnson-Ross talked about irregular and illegal immigration from Africa to Europe and explained that many people are unable to ask for a visa to go to other countries. When they can ask for a visa, European countries often do not give them the permission they seek, so they decide to go on dangerous trips in pirogues.

Because they go through many difficulties in their native countries, the seven-day trip is worth the struggle, said Johnson-Ross.

“Sometimes we forget how fortunate we are to be in a place with freedom and opportunities, but that’s not the case for everyone,” said Merary Gutiérrez, a senior education and Spanish major. She attended the movie because she is taking French classes and she wants to improve her French listening abilities.

The first five years of this event were granted by the French American Cultural Exchange (FACE), an organization that awards grants to different colleges to host French film festivals, she said.

According to Motar-Noar, this year’s festival, which is showing four exceptional movies, is funded by Academic Affairs, The Center for the Study of Aging, and the Foreign Language Department.

“The department tries to have films every year that will interest not only students who are studying French but others who are studying the topic or about the country where the movie is from,” Motar-Noar said.

She explained that each year, the French Film Festival chooses at least one movie from outside of France, like The Pirogue, because many other countries speak French.

Motar-Noar encourages students at McDaniel to take advantage of this opportunity because there are no other film festivals on this campus.

Every year, the French Film Festival “comes with different genres not only to attract French students but people from all around the Carroll County Community,” she said.

The French Film Festival will continue every Thursday through Sept. 26 at 6 p.m. in Decker Auditorium. Le Chat Du Rabbin, an animated film, was screened on Sept. 12, and dramas Amour and Polisse are still to come on Sept. 19 and 26.

Speaking of the V-Word: The Vagina Monologues