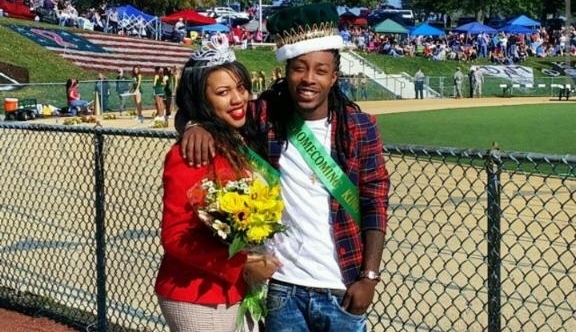 Inspired to be different, Maurice Paul, a senior, has decided to create his own clothing line, named Godly Apparel.

“I’m big on trying to be different and wear things that people do not wear,” Paul says. Encouraged by the diversity at McDaniel College, some of his best designs come from students on campus.

“I am able to be free and unique here at McDaniel,” Paul explains. He ultimately wants everyone to wear what they love, no matter what others thinks. He says, “Don’t let anyone label you.”

Paul showing off his unique style.

Paul has learned a lot of fashion techniques from his fraternity brothers. For example, the design of a tie can give off different messages. He does not, however, want to be placed in a box. He explains that because he is an African-American, people have an  expectation that he wears baggy jeans and looks like a hoodlum.

The Godly Apparel line is composed of many different styles derived from different cultures.

Those interested in helping and supporting Paul take his clothing line to the next level can attend to his fashion show at LaSalle University in Philadelphia on March 28. McDaniel College’s Office of Student Engagement is hosting a day trip to Philadelphia that same day.

With the help and inspiration of the students of McDaniel College, Paul believes his clothing line will become a success. Currently funding his business by himself, he would greatly appreciate donations and, most importantly, support.

Paul is proof that at McDaniel College the launch of an independent business venture is entirely possible.