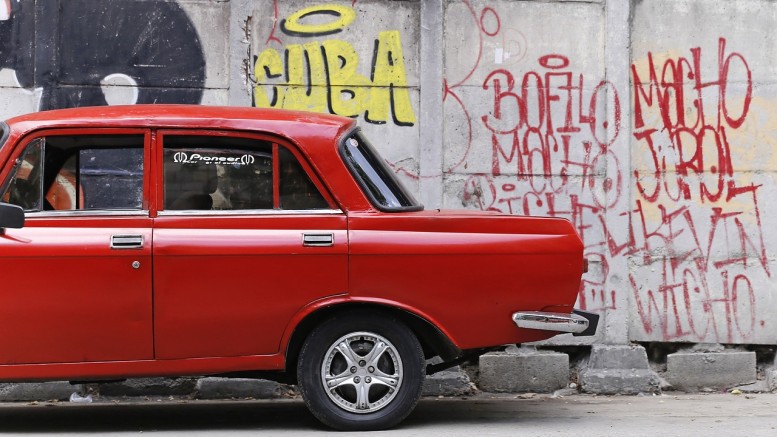 Despite recent moves towards diplomacy, and its very close proximity, Cuba remains a nation largely isolated from the U.S. Thus, those residing outside, at times, miss major reflection on what life is really like in Cuba, especially the experiences of minority groups. It was the experience of Cuba’s LGBT population that students, faculty, and staff alike were able to reflect on in a screening of Lázaro J. González González’s “Masks” on Feb. 15 at 5 p.m. in Decker Auditorium.

This documentary details the experiences of Ríubel Alarcón and Pedro Manuel González, who are behind the drag personalities of Margot Parapar and Roxana Rojo – two of Cuba’s most popular drag queens.

Alarcón, of Havana, Cuba, reveals much about his experience and how Margot actually chose him. Alarcón sought to study art within a military university, which he uses to relate to his belief that humans are ambiguous, as many find art and a military education to be contradictory.

Nevertheless, Alarcón brings up that he never originally intended to be a drag queen; rather, he wanted to be an actor. While dressing up for roles, however, he eventually moved further towards the creation of Margot, until Margot essentially “chose” Alarcón.

González, a resident of Santa Clara, Cuba, also shares his experience as Roxana Rojo. He had originally pursued a more technical degree on a university scholarship, but later abandoned this path. Yet, in theater, he says, being an effeminate gay man is a hindrance to success.

Roxana Rojo, more often known as “Roxy,” is a reflection of the friendship between Cuba and the Soviet Union, which González asserts is still significant to contemporary Cuba despite the USSR’s dissolution 25 years ago. His personality, Roxy, is a Russian woman who married a Cuban fisher, and some of her defining characteristics include hydrophobia and constant self-contradiction.

On his experience, both as a gay man and as Roxy, González brings up how stereotypes, particularly the “macho” culture that Cubans conform to, makes masculinity rigid and contributes to intolerance of members of the LGBT community, even in a nation with a government that attempts to foster higher levels of equality.

At the same time, though, both González and Alarcón show that Cuban culture is beginning to break out of its prejudices against sexual minorities. A new generation with a more liberated look at the world is taking hold. Alarcón, for example, remembers a time when performances could end in running from the police.

Today, drag queens, and all those interested in seeing their performances, face less discrimination. In the documentary, the Mejunje, an LGBT cultural center in Santa Clara, is mentioned several times, which acts as a place for the community to come together and feel greater acceptance.

A post-viewing discussion led by Professor of English Rebecca Carpenter focused on, among other topics, the acculturation of gender and the performative nature of its expression. Carpenter gave an example of differing patterns in sitting styles she notices among students, among others. Drag personalities, as seen in the documentary, exaggerate rather than satirize personality traits often associated with femininity, which especially becomes relevant in a nation like Cuba, conforming to machismo.

In this sense, drag queens can act as a form of commentary on gender while also revealing the intersectionality of one’s identity.