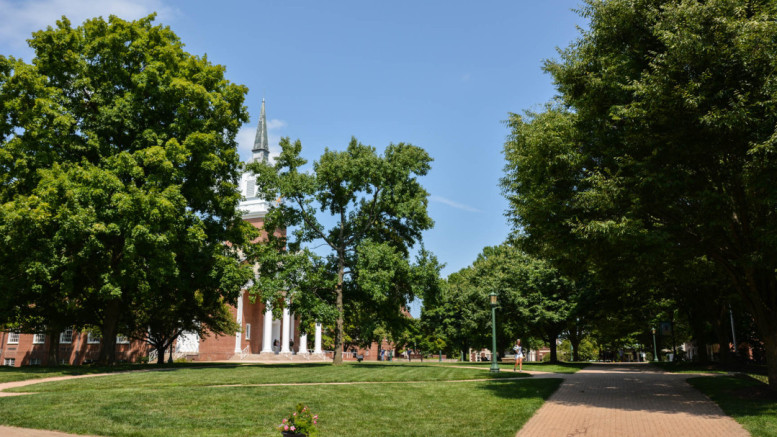 Although McDaniel has signed the American College & University Presidents’ Climate Commitment, there are currently not many signs of active involvement and student awareness. However, McDaniel is still becoming more efficient.

McDaniel became a signatory of the commitment on June 1, 2007, and originally put forth a tremendous effort to fulfill its terms.

Dr. Ethan Seidel, who is the department chair of the Economics and Business Administration department and has been at McDaniel since 1969, claims that there has been some form of environmental action-based organization on campus for decades.

An especially active organization, says Seidel, was the Green Terra committee, which oversaw “the progress being made on the commitment” and “would write an annual report.”

According to Dr. Esther Iglich, who is currently a biology professor and has been at McDaniel for many years, Green Terra was a committee made primarily of staff, but also faculty and students.

Moreover, Iglich elaborated on the accomplishments of Green Terra and the Presidents’ Climate Commitment, saying that McDaniel developed the “Green Plan,” an action plan that would help McDaniel improve its efficiency over time.

In the months before signing the agreement, a study was conducted to determine the college’s carbon footprint, also factoring in the college’s current levels of environmental action. Furthermore, Iglich says the study involved everything from “trying to calculate how carbon was given off from cars that were driven by staff and faculty to airplane trips.”

A study was to be submitted every year as per the terms of the commitment, says Iglich. However, support for the commitment has largely fizzled out.

“We’re in a bit of a hiatus in terms as to what the Green Terra Committee is doing,” says Seidel. Iglich seconded this, asserting, “like any movement, you have your high points and then things change.” Iglich cited several changes at McDaniel, such as the shift of the presidency with President Joan Develin Coley’s retirement and President Roger Casey’s inauguration.

Many students have either forgotten or have never been informed that McDaniel is a part of the Presidents’ Climate Commitment.

Amanda Fuhrmann, an active member in McDaniel’s current environmental action organization, Green Life, has not heard of any actions of McDaniel and the commitment and has mixed feelings about progress in sustainability on the Hill. “I’ve noticed an increased environmental awareness at McDaniel College in the two years I’ve been a student here,” Fuhrmann said.

However, Fuhrmann has also noticed that many students have little confidence in McDaniel’s ability to follow through with recyclables placed in recycle bins. Fuhrman also stated, “Due to a lack of awareness among students, I would say that the level of importance McDaniel places on eco-friendliness is quite low.”

Despite any possible influence of student attitudes, Seidel has also noted an overall increase in efficiency, saying, “Our energy usage… [has] been pretty steadily going down with the steps that have been taken.” These steps include, among others, improved efficiency the areas of heating, air-conditioning, and lighting. There have even been investments in geothermal power at McDaniel.

Nonetheless, Iglich asserts that the Green Terra committee did many great things, such as instating the Green Plan, which she believes “really needs to be reestablished.”

Although McDaniel seems to have largely forgotten about the Presidents’ Climate Commitment, there are still strides towards climate neutrality being taken at McDaniel, but one cannot help but imagine how much more progress could be made if Green Terra was still actively supporting it.

To be or not to be liberal arts

Listening to the Homeless Can Do More Than What You Think