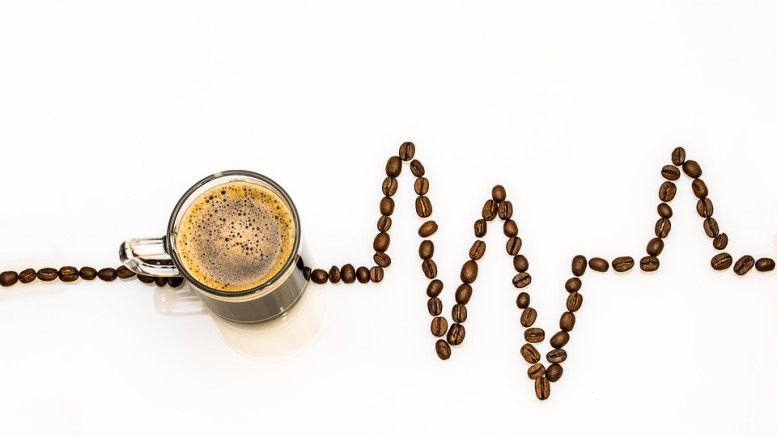 For those of you new to college, perhaps the most important tip I can give you is this: if you don’t already drink coffee, don’t start. DO NOT START.

You see, those of you who don’t currently drink coffee probably don’t do so because you don’t like the taste of coffee. But one fall night this semester, you’ll have some paper due the next day, maybe your second or third of the semester, but you’ll still have a lot to write and you’ll already be kind of tired. So you’ll say to yourself, “I’m really going to need a coffee. I should go get one.” And you’ll go to Caseys’ Corner by the library because they’re the only place on campus that makes specialty coffee drinks and you’ll order some sort of latte because you don’t like the taste of regular coffee.

And once you order your latte and taste it and get accustomed to it, you’ll say to yourself, “Oh, this is nice and chocolaty. I think I can get into mocha,” or “Mmm, caramel,” or “MOTHER OF GOD, PUMPKIN SPICE!!!!”

You’ll finish your latte thing and that tiny bit of espresso in the drink will somehow help you get through your paper, and then you won’t think about coffee for a while. But then the next paper will come around, and you’ll be like, “Hey, I could really go for another one of those.” So you’ll go get another, and even if it’s the same one you got last time, you’ll like it even better than the first. It will resonate with you just a little bit more and you’ll remember it the next day.

Soon enough, you’ll get a coffee to accompany every paper you write, and if you’re an English major or something else in the humanities, that will end up being a hell of a lot of papers. You’ll actually kind of look forward to writing that paper just so you can get coffee.

Over the next few semesters, you’ll start to find that you’re drinking coffee just for the hell of it, even if you don’t have any major assignments due the next day. You’ll “treat yourself” here and there. In the afternoon! (On a Tuesday!) And you’ll go out with friends on a Friday night to go get coffee because you have nothing better to do. You’ll realize you have less money to spend and more weight to lose, because “coffee” still mostly consists of those latte things. But even though you’ll know that you need to tighten your belt fiscally so you can tighten it literally, you will still find yourself unable to resist the temptation of the scent and the taste of your coffee drinks and the places that serve them.

During your summers, you might be able to swear off coffee since you might have fewer reasons to need the caffeine, but you’ll think of coffee longingly and crave it frequently. Any time you pass up on coffee when you’re out at Target or Barnes and Noble and there’s the Starbucks, you’ll feel a sting of sadness in your stomach, even though you did the right thing by not getting it.

Eventually, right before school starts, you’ll find out that your favorite coffee place local to campus has shut its doors, and it won’t be the first time one of your favorite coffee places local to campus will have closed. You’ll be consumed by sadness, so you’ll get in your car with a heavy heart and drive to Barnes and Noble just to go to Starbucks to get a latte drink because it’s the only way you know how to cope with such a sadness. Then, as you drink it, you’ll become even more disappointed and disillusioned because not only have you spent more money to gain more weight but you’ll also realize that because you went to Starbucks, you’ve done the very thing that helped contribute to the destruction of your favorite local coffee place. You’ll pitifully slurp at what’s left of your tall iced mocha latte with skim milk and a little bit of whipped cream, irritating those around you using the free WiFi to accomplish actual work, and realize that you don’t even know of any local coffee places in the vicinity of your hometown.

Exasperated and caffeinated, you’ll say to yourself, “This is what it has come to. What now?”

This is my life on coffee. If you don’t already drink coffee, I urge you to save yourself the money, the weight gain and the heartbreak: do not allow a coffee habit to happen to you. And if it’s too late for you and you’re already under coffee’s wicked spell, I offer my sincerest condolences.

The author originally published a version of this piece on her blog, englishmajorhumor.tumblr.com. (She’d love for you to check it out.)

The Working Poor: What it Takes to Stay Afloat

Why we must take action on climate change

1 Comment on "Avoid Heartbreak: Don’t Let Coffee Happen to You"