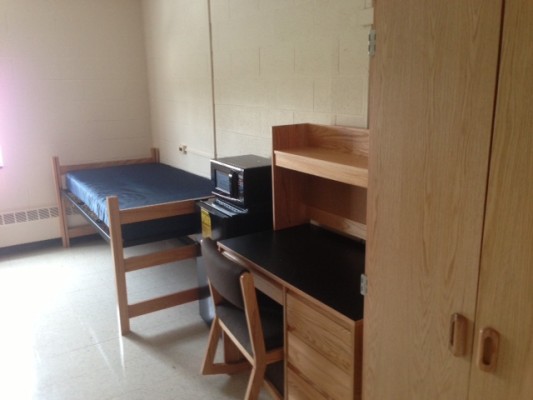 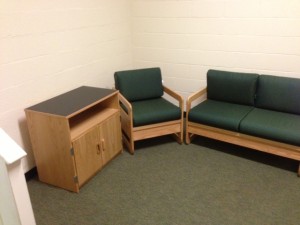 New furniture was added in the recent renovations in DMC.

This summer, two dorms on campus received major makeovers, making them look much nicer than they did in May. Rouzer Hall and Daniel MacLea Hall (DMC as students call it) are ready for Move-In Day with their new looks and accommodations.

So why did the dorms get renovated to begin with?  Michael Robbins, the director of Residence Life, said, “Simply because we need to.  McDaniel needs to stay competitive to attract students, and facilities are a part of that.”

Robbins also said that after Whiteford Hall (the other First-Year dorm) was renovated a couple of summers ago, the other two needed to catch up.  These buildings have definitely “caught up” with the others on campus and they are ready to impress the incoming students with their new interior appearance.

According to Robbins, there are many new features in each building. Both DMC and Rouzer have new bedroom furniture, moveable wardrobes, new carpeting, and new air conditioning units. DMC received newly fabricated common room furniture as well.

The floors in Rouzer had the layers of wax removed and retreated, giving it a fresh appearance.  The rooms also received a brighter coat of paint.  One thing that has not changed about Rouzer, however, is the elevator.  It has been known to misbehave in the past.

Sophomore Stephen Hamrick said that he has been stuck in the Rouzer elevator three times, explaining that “one of those times we had to be pulled out by Campus Safety because they couldn’t figure out how to fix it.”  So as a fair warning, although the renovations are promising, be careful with the Rouzer elevator.

We DID Start the Fire: SAE to host Phoenix Fest

Gotham is Closer Than You Think