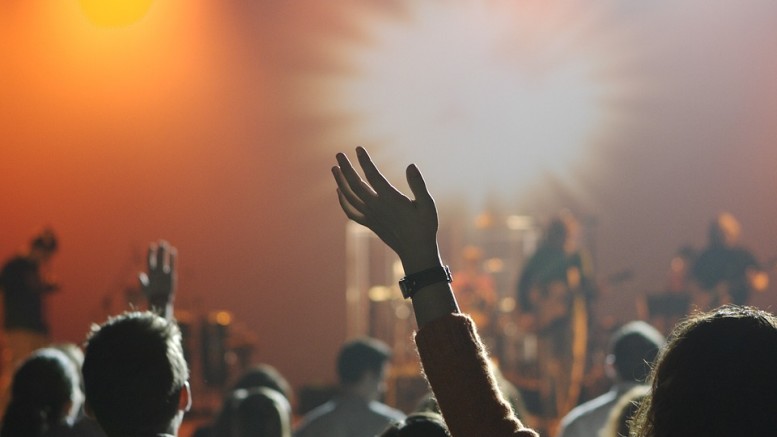 There’s something infectious about the energy of a band with a lot of members. The stage is a flurry of activity: feet tap, heads bob, and hands slam, strum, smack, and shake. There’s so much to see, and, more importantly, there’s so much to hear! The relationships, personalities, and talent of those onstage entwine like the rich harmonies and beats dissipating into the air. Groups with several members create a dynamic experience for the audience. It’s like there’s a huge party onstage, so why wouldn’t you want to join in on the fun?

Easy Star All-Stars are a musical collective specializing in reggae covers and tributes. Released 42 years after the original classic Beatles album, Easy Star’s Lonely Dub Star Band is a fresh experience. While the track list is identical to that of the original Sgt. Pepper’s, the songs themselves are reimagined and reinvigorated with a dub reggae sound. Heavy bass lines, offbeat percussive guitar, and vocals framed with fading echoes are infused with familiar melodies and lyrics.

The introductory track, “Sgt. Pepper’s Lonely Hearts Club Band,” opens with the mutterings of an audience and the Lonely Dub Star Band tuning up until all are called to order by, of course, an air horn. A female vocalist makes “She’s Leaving Home” a lighter experience; the resonance of her haunting voice is backed by crisp percussion, which creates a lovely contrast. “Lovely Rita” works well with the slowed tempo of the Rasta vibe. The energy and straightforward dub reggae translation of these covers set the tone for the rest of the record.

The overall effect never comes off as cheesy, though it seems compulsory at points. The work of the Beatles remains at the forefront of the album, just with some tweaks and additions. Even Beatles purists can admit that Easy Star’s Lonely Dub Star Band is, if nothing else, a determined effort with a fun product.

This album is preceded by a 2003 tribute to Pink Floyd, Dub Side of the Moon, which includes instructions for a seamless synchronization with The Wizard of Oz, followed by Radiodread, the 2006 cover of Radiohead’s OK Computer. The band has since released a second tribute album to Pink Floyd, as well as a cover of Michael Jackson’s Thriller album and an EP of original works.

Why you should see them:

According to Easy Star Record’s website, “[t]he band has toured in over 30 countries on [six] continents, averaging over 100 shows per year for the past [five] years.” Obviously, they love playing shows in venues ranging from small, intimate clubs to festivals with crowds spreading across fields. The band has found its niche and accumulated a strong fan-base; there are sure to be enthusiastic concert-goers abound. Plus, everyone already knows the words to the original songs, so there’s the chance for some sing-along camaraderie!

Escort makes a strong argument for the revival of disco. The 17-piece band’s funky beats bring to mind images of a bygone era: flashing lights on the dance floor, roller skates, and fringes galore. To recreate the distinctive music of the time, what the band calls “bubblefunk,” is certainly a challenge which requires skill and soul. Escort’s 2012 self-titled album encapsulates the sassiness of R&B, the magnificence of a Las Vegas club show, and the technical tightness of a symphony orchestra.

Loose remakes of disco hits, like “Cocaine Blues” and “Do It Any Way You Wanna,” are exemplary of the sassy and strong sounds of the ‘70s, but with the improved quality of modern recording technology and the band’s nostalgic flair. Other songs, such as “Starlight” and “Love in Indigo,” reveal the airy and string-driven side of funk. Every song is fun, cheeky, and naughty– just what the genre calls for.

While some modern disco acts seem driven with the intent to appropriate the genre, these songs could easily be mistaken for the glitzy tunes of a 70s hole-in-the-wall NYC club. And, if nothing else, Escort simply make your body want to groove and shake, which is a victory in itself.

Why you should see them:

Escort has been acclaimed as one of the best live shows in New York City since their 2006 review. Their shows are a spectacle, with all the disco lighting you could ever want. The band’s bubblefunk tactics make the crowd one giant dance party, so you shouldn’t be afraid to hustle or jive alongside fellow concert-goers!