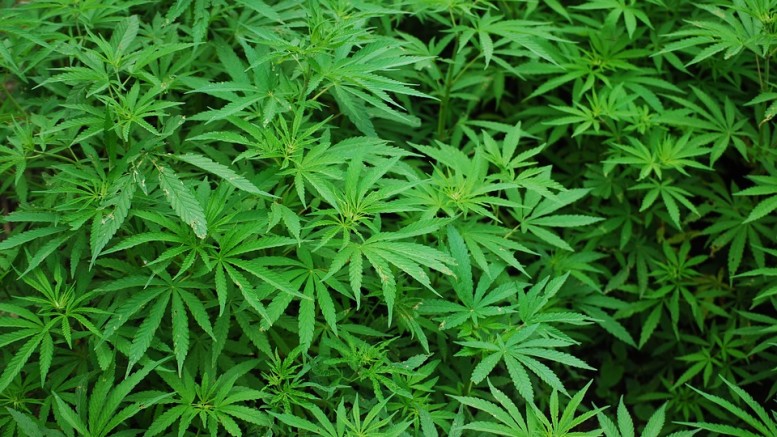 Legalizing marijuana has been a controversial topic in which pros and cons have been fighting to make their voices heard. While in some states it is illegal, some states have legalized the use of marijuana.

According to Adrianne Jeffries, a staff writer at The Verge News, “Recreational use of marijuana is now legal in Washington and Colorado, with many more states allowing marijuana use with a medical prescription.”

This new law may encourage other states to follow in the same direction.

In 2012, delegate Curt Anderson proposed a bill to make marijuana legal for any adult of the age of 21 and over in Maryland, stated Fox News.

Many people have been more open to the use of marijuana across America.

Summer Bowling, a sophomore at McDaniel College, argued that should be legalized.

“It is not like it is really dangerous,” Bowling said. “Alcohol is far more dangerous and it is legal, and a lot of people do use it for medical use.”

Art Swift, Gallup’s managing editor, wrote that “[w]ith Americans’ support for legalization quadrupling since 1969, and localities on the East Coast such as Portland, Maine considering a symbolic referendum to legalize marijuana, it is clear that interest in this drug and these issues will remain elevated in the foreseeable future.”

Amber Kael, a junior at McDaniel College, adds “I am totally for the legalization of marijuana, and I support the sates that already legalized it. I mean as long as they don’t give it to children.”

Bill Casey, a senior at McDaniel, argues that marijuana is not harmful at all when it is consumed moderately. It helps one to relax and to stress less.
The legalization of marijuana will be only for a recreational use and for medical purpose. If the bill is passed in Maryland, it will affect the state regulations in many ways.

Sarah Crockett, a sophomore at McDaniel College, says “Less people will be put in jail for minor offenses and it will allow the police to focus on more serious crimes.”

From a speech by President Barack Obama, he said “It would not make sense for us to see a top priority as going after recreational users in states that have already determined it legal… We’ve got bigger fish to fry.”

The legalization of marijuana will change the priority of the authority. They will focus their resources on more important things.

Legalizing it in the state, however, does not particularly mean that private institutions will be open to it. For example, schools may control the use of marijuana like they do with alcohol use on campus.

Sarah Crockett goes on to say that “I think McDaniel will have to enforce some rule as to smoking it and using it, probably something similar to regular tobacco and cigarettes rules that we have now, because while it is legal, not everyone may want to be around it.”

Katia Alvero, a junior at McDaniel, thinks that students might be more open to talk about their experience with marijuana on campus or elsewhere. She believes that people, especially young adults and college students, will smoke more of it. She does not think, however, that McDaniel College will legalize it.

Drugabuse.org states that a study has shown that the IQ of teens that smoke marijuana regularly drops by eight IQ points. Students that smoke may have a decrease of their intelligence.

As for Brigitte Anoir, a senior at McDaniel, she believes that the use of marijuana should not affect student productivity.

“It is up to the student to know when to smoke and when to study,” added Anoir. “It is like alcohol on weekend. Kids get drunk but on Sunday night and week days, they catch up with their work.”

“I don’t personally smoke,” Bach said, “but I can see some of my friends smoking it a lot if it is legalized…. even if Campus Safety does not allow students to smoke in their dorm they can always go off campus to smoke it…. It will absolutely have an effect on students’ grades; students will spend more of their time smoking than studying.”

Legalizing marijuana is becoming more and more accepted by people. Lots of people use it nowadays even though it is not legalized. When the time comes to vote for its legalization, it seems like McDaniel students will vote positively.