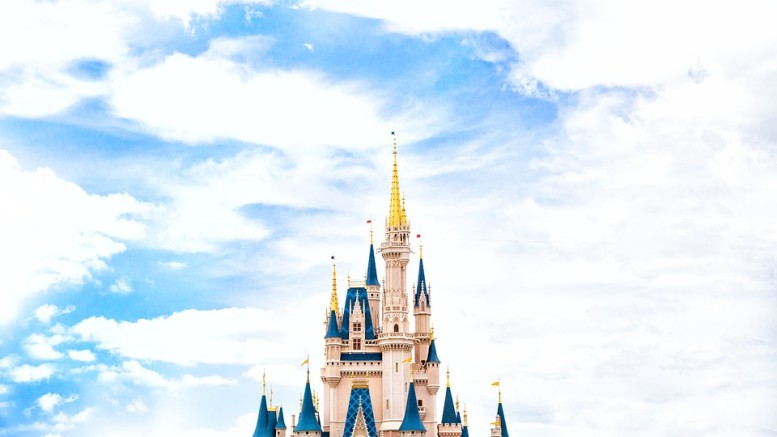 How to go see a children’s movie, in theaters, as a college student:

2. Offer to babysit a neighborhood kid, or just steal a child from the supermarket.

3. I would recommend that you start making plans to acquire a child, preferably legally, so that you can see the latest Disney Princess musical “Frozen,” an adaption of the Hans Christian Andersen story “The Snow Queen.”“Frozen” is a great modernization of the old Disney Princess structure. If you enjoyed the Disney Princess films as a child, you’ll appreciate the modernization of the traditional Disney values: while the film touches upon old themes like true love, magic, damsels in distress, and lovable, karaoke worthy songs, “Frozen” puts a twist on them for the modern viewer.

Taking hints from the Pixar movie “Brave,” the film focuses on a more family rooted love, but unlike the mother-daughter centered “Brave,” it’s the bond of sisterly love that “Frozen” focuses on, which makes it much more likely to apply to different types of relationships. I’ve never had a sister, but I saw my best friend and I reflected in the main characters Princess Elsa (Idina Menzel) and Princess Anna (Kristen Bell). So sitting next to my best friend in the theater, I did get teary eyed during the film’s climax.

The magic in “Frozen” is also explored with a slight twist to it, the film emphasizes a duality of magic, that it can be used for good and evil. Yet there’s no evil villain wielding dangerous spells like in “The Little Mermaid” or “Sleeping Beauty,” instead the older sister Elsa is the singular wielder of magic, and while she’s not evil, her magic is capable of harming those around her. For this reason she spends her life hiding her magic, and herself, from the world; when she finally leaves isolation for her coronation, Elsa, provoked by a fight with Anna, covers a crowded ballroom in ice. Immediately labeled a monster, she runs away, unknowingly leaving the kingdom stuck in an eternal winter.

Elsa’s magic in “Frozen,” is controlled by emotion: the evil magic that freezes the kingdom is born from Elsa’s fear, anger, and isolation, while the good magic that helps Elsa create ice rinks and snowmen comes from her love and happiness. This makes Elsa’s struggle with magic a more realistic one, and something that most people won’t have a problem empathizing with, because she’s not fighting an evil witch, she’s fighting human emotions that we all have to tackle in our own ways during daily life.

Damsels in distress have been a classic Disney theme since “Snow White.” The princess is saved by the prince (or really any handsome man that happens to walk by) and they live happily ever after. But while “Frozen” features both a prince and a handsome man that just happens to walk by, Disney has embraced the idea that princesses are just as strong individuals. Not only does Princess Anna abandon her fiancé so she can adventure through the mountains to find her sister, she even defends herself and her handsome mountain guide from vicious wolves and abominable snowmen. The movie does stress the importance of companionship, but the characters also rely on each other as confidantes and friends rather than as protectors.

The last Disney component, the music, was not something to be missed. Disney didn’t hold back at all on “Frozen;” the music is composed by Tony-winning musician Robert Lopez, and his wife Kristen Anderson-Lopez, whose works include Avenue Q and Book of Mormon. The voice talent included Broadway legend Idina Menzel, who was the voice of Elphaba from Wicked and Maureen Johnson from Rent, and Kristen Bell who was Becky Thatcher in The Adventures of Tom Sawyer on Broadway before her career veered away from singing. The songs range from cute and funny to strong and inspiring; Idina Menzel’s power ballad will probably be debuting in girls’ night out karaoke sometime soon.

“Frozen” was a refreshing twist on concepts that decades of children have grown up on. Having grown up with the older Disney films, college students are sure to appreciate the new take on these old fashioned themes, while enjoying a heartwarming story about adventure, magic, and sisterly love.