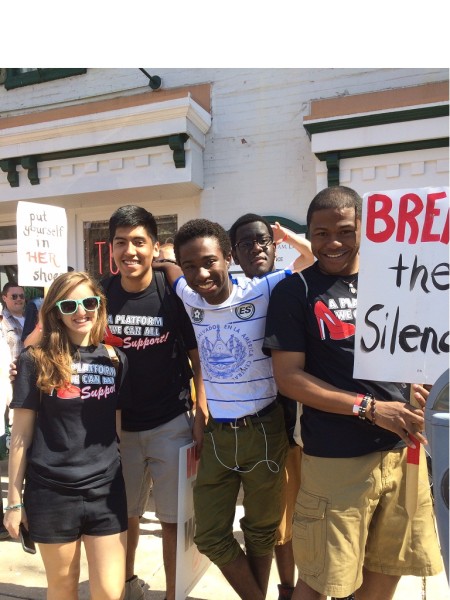 Have you ever heard the old expression, “You can’t really understand another person’s experience until you’ve walked a mile in their shoes”? On April 12, men, women and children gathered in Westminster’s Dutterer Family Park and walked to raise awareness to rape, sexual assault, and gender violence faced by women in high heels, flip-flops, and fashionable ladies shoes to aid in the International Men’s March known as Walk A Mile in Her Shoes.

Walk A Mile in Her Shoes was first launched in 2001 when Frank Baird proposed the idea to the Valley Trauma Center in Northridge, California after coming to the realization that there was no male-created rape crisis movement. The organization’s mission is to end the sexual violence against women by bringing awareness to sexual assault, rape and gender violence. Today, various groups and organizations across the country, including the Rape Crisis Intervention Service of Carroll County, organize Walk A Mile in Her Shoes events to bring awareness to these issues.

This year’s parade of colorful women’s shoes from Dutterer Family Park to Westminster City Park was Carroll County’s sixth annual Walk A Mile. The walk was sponsored by organizations including McDaniel College, WTTR AM 1470 Radio, Buffalo Wild Wings Westminster and Starry Night Bakery. New to the walk this year 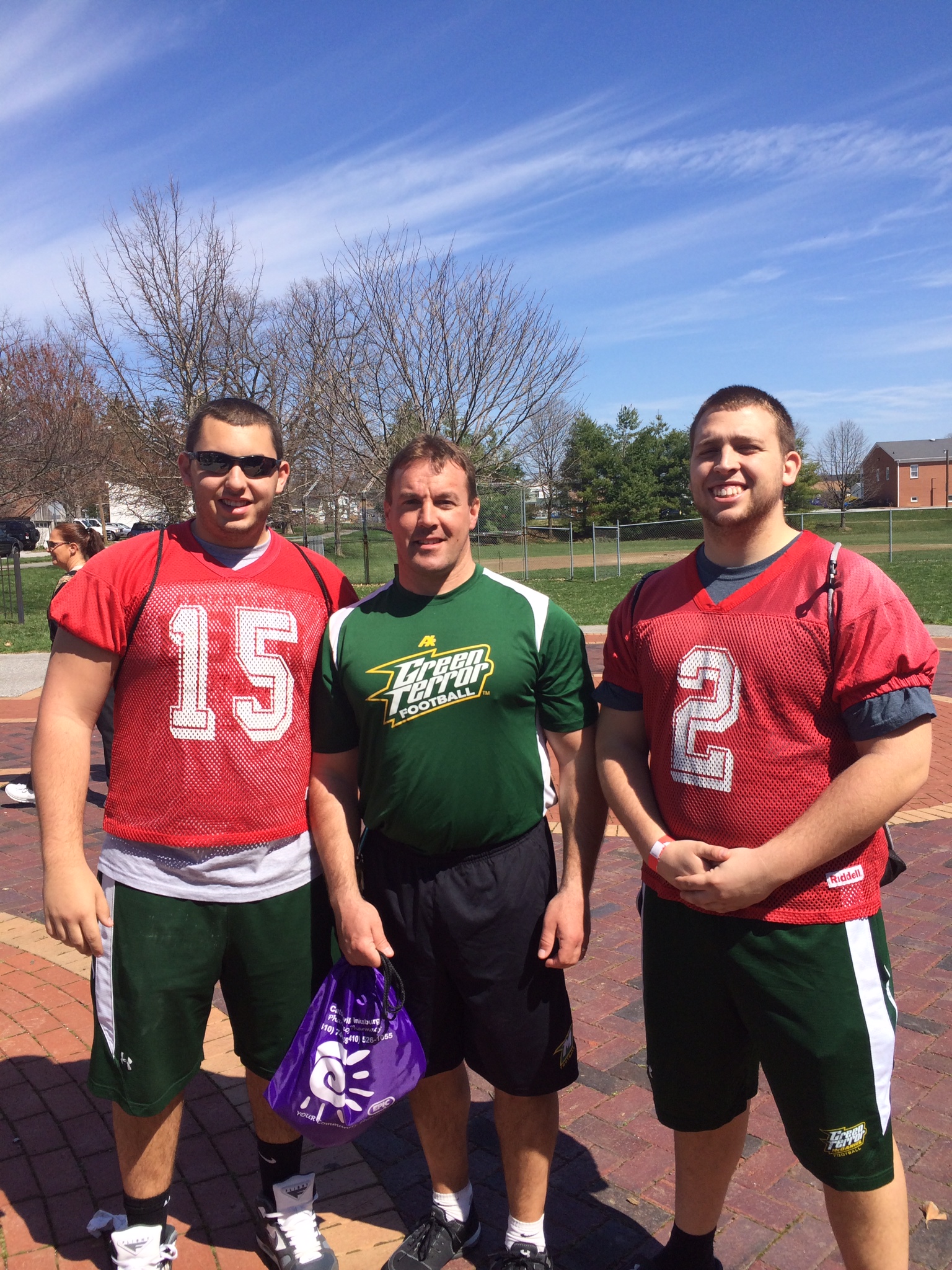 were music, awards, food, and a short program at the conclusion of the walk.

McDaniel College’s football team was heavily involved in this event and even fundraised for the Rape Crisis Intervention Service of Carroll County. This is one of many fundraisers and community service events that the football team is involved in every year. While the team’s goal was to raise $1,000 dollars this year, they fell short of their goal. According to McDaniel Football Head Coach Mike Hoyt, “We were only able to raise $600 dollars this year, but the football team and many others are hoping to bring light to this great cause.”

Sophomore Ryan Lutes, a kicker for the football team, hopes that this event makes men take a stance to end sexual violence against women. Lutes said, “I hope men realize that it is not cool to violate women. Men need to realize that ‘no means no’ and that rape is not about sex—rather it is about power, control and violence. This sexual violence against women needs to end.”

Other McDaniel students participated in Walk A Mile as well and also discussed the importance of the event.

“Walk A Mile addresses the issues that are still prevalent in today’s society, in regards to rape and sexual assault for all people. This is why I walked—it was important for me to support the cause,” said sophomore Roger Isom.

Victims of sexual assault should contact the Rape Crisis Center Intervention Service of Carroll County on their 24-hour hotline at 410-857-0900. The center provides free counseling and support services to victims and their families. They also offer prevention education programs and professional training in order to eliminate sexual violence through education and advocacy. Visit www.rapecrisiscc.org for more information.