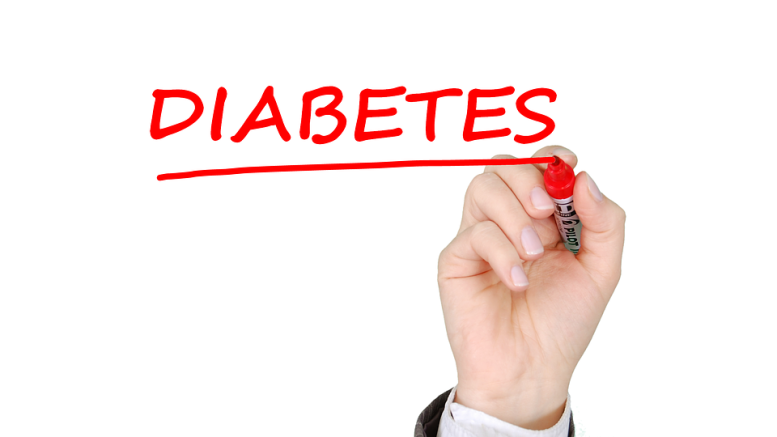 In the U.S today around 11.3% individuals at the age of 20 years and older have diabetes. This is the average age of most college students.

Also in the U.S around 23.6 million people or 7.8% of the population have diabetes, according to the U.S Department of Health and Human Services. As these numbers continue to grow, more and more students are enrolling into college without any knowledge of how to deal with diabetes.

According to these numbers it is apparent Diabetes is a disease that is continuing to grow and should be taken seriously.

The thing about Diabetes is that a person could have the disease and everyone around them may never know it. In fact, this actually happened to me.

Brandon Boatman, a senior Cinema major here at McDaniel was one of them. Boatman and I sit in the same ASL class and little did I know he in fact has diabetes,

specifically type 1.  So after finding this out it was easy to contact him and ask a few questions.

Boatman told me that he found out he had diabetes when he was 8 years old on his sister’s first birthday.

As a diabetic, everyday you have to be aware of what you are eating, when you are eating, and how much physical activity you have participated in. The amount of insulin that you take is dependent on your eating and activity habits.

“I am constantly aware of what I put into my body and what type of activity I have taken part in,  this as well as the right amount of insulin and what I will eat later is just apart of my everyday life,” said Boatman.

One thing he stressed to me about being a diabetic at college was how comfortable he is and how “its all second nature” to him at this point. He did say that there are certain situations like class trips or required meetings that just take some planning ahead of time mainly for meals.

For students coming into college with diabetes here is a little information Brandon gave from one diabetic to another.

Plan your class schedule around your meals, sign up for your classes, then know when your “clubs/teams meet and practice so that you can schedule food intake around those times,” Boatman said. By doing this you will let your body “adapt to the college life” that it will not be used to up until that point.

Time management is another important thing when coming to college not only for diabetics but for every college student. We all know we are guilty of procrastination as much as we would never admit it.

Now the question is what is Diabetes and how can a person prepare to go to college with it?

According to the U.S Department of Health and Human Services, Diabetes impacts a persons metabolism.

A person who does not have diabetes produces insulin after they consume food. For people with diabetes, very little insulin is produced, or the cells do not respond to the insulin that is produced. Then glucose builds up in the blood stream, which overflows into the urine, which then goes right out of the body.

A common symptom of diabetes is constant urination.

If more awareness of the disease is spread than the numbers I mentioned above from the U.S Department of Health and Human Services could drastically change.

Why do I think they could be changed? Because the most common form of Diabetes is type 2. Type 2 diabetes is brought on later in life, mostly due to poor nutrition but also from little physical activity. Which we college students could relate to because of hours spent in the library and countless all nighters.

A person with type 1 diabetes is typically born with it, or it comes on at a younger age like Boatman’s did.

Unfortunately, in todays world of constant rushing and many responsibilities, people fail to take care of themselves properly. Spreading awareness of diabetes could impact the ever growing numbers.