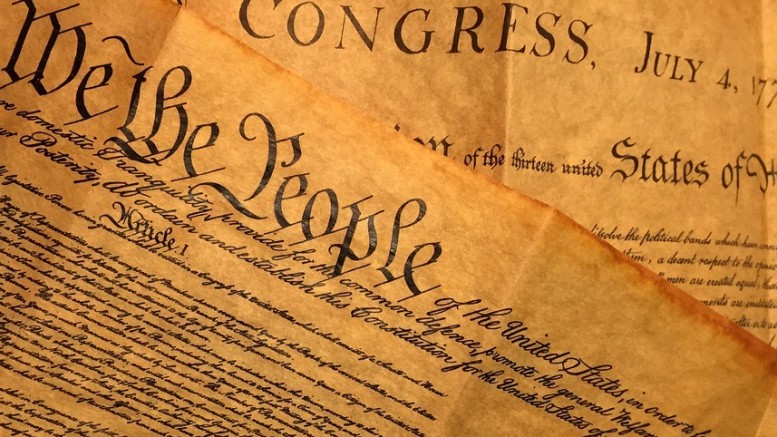 Somehow, in the short time that human rights have been truly established, they have become a partisan issue all around the world, and from my point of view, a particularly partisan issue in the U.S.

First and foremost, though, what are human rights?

The Universal Declaration of Human Rights, adopted in 1948, determined what human rights are. I will not get into all of the details; however, certain passages of the preamble are important to note:

“Whereas recognition of the inherent dignity and of the equal and inalienable rights of all members of the human family is the foundation of freedom, justice and peace in the world…” and “…the advent of a world in which human beings shall enjoy freedom of speech and belief and freedom from fear and want has been proclaimed as the highest aspiration of the common people…” are crucial to an understanding of human rights.

Equal and inalienable rights. Freedom from fear and want. These words should sound familiar to those from the United States.

We hold these truths to be self-evident, that all men are created equal, that they are endowed by their Creator with certain unalienable Rights, that among these are Life, Liberty and the pursuit of Happiness. These are the familiar words of the Declaration of Independence, written by Founding Father Thomas Jefferson.

Give me your tired, your poor, your huddled masses yearning to breathe free. These are the words engrained into the plaque on the Statue of Liberty, written by American author and activist Emma Lazarus.

Because, in fact, those who preach these messages are un-American. Yes, this country has its flaws, some of which are irreparable, and so does every country. But the U.S. has human rights running through its veins.

It is these same rights, however, that the nation has violated across the world.

Latin America, the Middle East, its own backyard. The U.S. has forgotten what it means to be American, or at least almost half of the country has. If we look toward the Republican and Democratic parties, there is a clear divide in how human rights are perceived. I do not claim that the Democrats are perfect – they are far from it. However, it is the Republicans who seem to apprehend human rights and dignity at every point.

The recent Republican rhetoric has been one of protecting the U.S. and its interests, and that is alright; they are from the U.S. and want their homes protected. They use that same rhetoric, though, to place children in cages on the U.S. border. They use it to allow the FBI to infiltrate the Black Lives Matter movement. They use it to label children whose friends died in a school shooting as “un-American” because these kids want more gun control. It is that rhetoric that Republicans are using to create an idea that human rights are only something the “left” cares about.

Let me finish with a quote from the late South African president, Nelson Mandela: “A nation should not be judged by how it treats its highest citizens, but its lowest ones.” Although Mandela was specifically referring to prisoners, it is important to expand this standard to all of the abused peoples in the U.S., for the lowest citizens in the nation have been the immigrants, the racial minorities, the LGBTQ+ community, and women. And it has been their rights, as humans, that have been violated. It is up to us now to make a change, and to make all politicians realize that human rights are above political divides.

Don’t ask for my sympathy