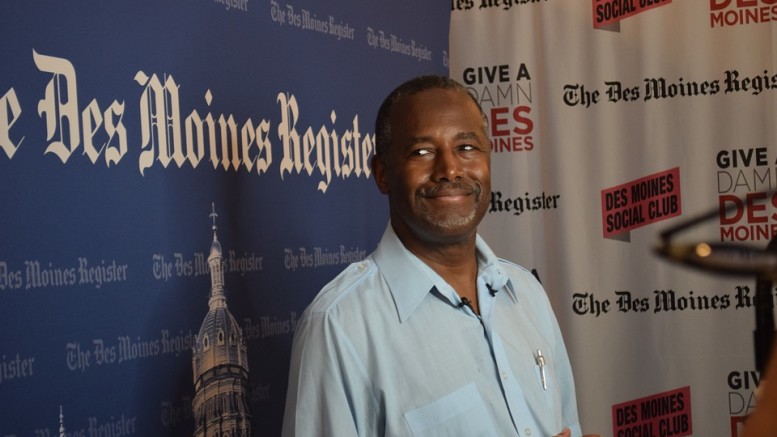 Among 2016 Republican candidates there has been a growing force: Dr. Ben Carson. With his agenda being highly influenced by pro-Christian stances, could he be an effective figurehead for the U.S.’s secular government?

An area of concern could be Carson’s beliefs that “the United States was founded on Judeo-Christian principles” and that “we need to reverse the recent trend of secular progressives using activist, federal judges to drive faith out of our society.”

It’s true that secularism has been on an increase in the U.S., however, lower levels of faith are a trend among all wealthy nations. A Gallup poll study concluded that nations with a per capita incomes below $2000 had an average of 95% of people saying religion was important in their daily lives, yet this figure was just 47% in nations with per capita incomes above $2500.

Yet, in this poll, the U.S. is a clear outlier, with 65% saying that religion was important in their daily lives. This is especially notable considering data from the World Bank indicating that U.S.’s per capita income sits at $55200. If anything, the U.S. is notable for being so advanced and wealthy yet maintaining so much religiosity.

It’s worth noting that Carson does somewhat recover his accuracy on the issue by emphasizing the individual right to privately pray (or not) as well as the right to practice any religion without government intervention. However, trends in religion are likely out of his control and not to the scale or for the reasons he seems to portray.

We then move on to the issue of pro-life vs. pro-choice. On the issue, Dr. Carson is “unabashedly and entirely pro-life.” He cites his experiences as a pediatric neurosurgeon to further establish his view.

Yet, it seems that Dr. Carson makes this issue more about religion than personal rights. He claims that he has long provided funding to “…a wide spectrum of faith-based entities that assist expectant mothers with the birth of their child by providing a variety of valuable, pro-life services.”

The pro-life view is often attached to religious organizations, as in those funded by Carson. Nevertheless, one idea the U.S. was founded on was separation of church and state. If the pro-life organization is faith-based, then it’s fair to say that the government should not fund it. It’s hard to say if Carson will do this if elected, however there is an underlying bias on his part. Services willing to perform abortions, such as Planned Parenthood, could suffer.

Overall, the U.S. remains vastly more religious than its wealthy peer nations and issues like abortion often dwindle down to their religious implications rather those of personal rights.

The issue here is that Carson wants to keep religion in public life. In an article he wrote for The Washington Times, Carson claimed that separation of church and state is about “…keeping the church from having undue influence over state affairs and keeping government from ruling the church.”

This could be a logical conclusion, but Carson goes even further to state, “we have not yet reached the point of a totally godless government that sets itself up as the supreme authority and giver of rights.” This completely blows the issue out of proportion. Dr. Carson will need to recognize that the U.S. remains quite religious and such an extreme end is unrealistic.

Dr. Carson certainly has the potential to be a smart, effective leader, but one cannot help but wonder what effects his religiosity could have on the apparently secular government of the United States.