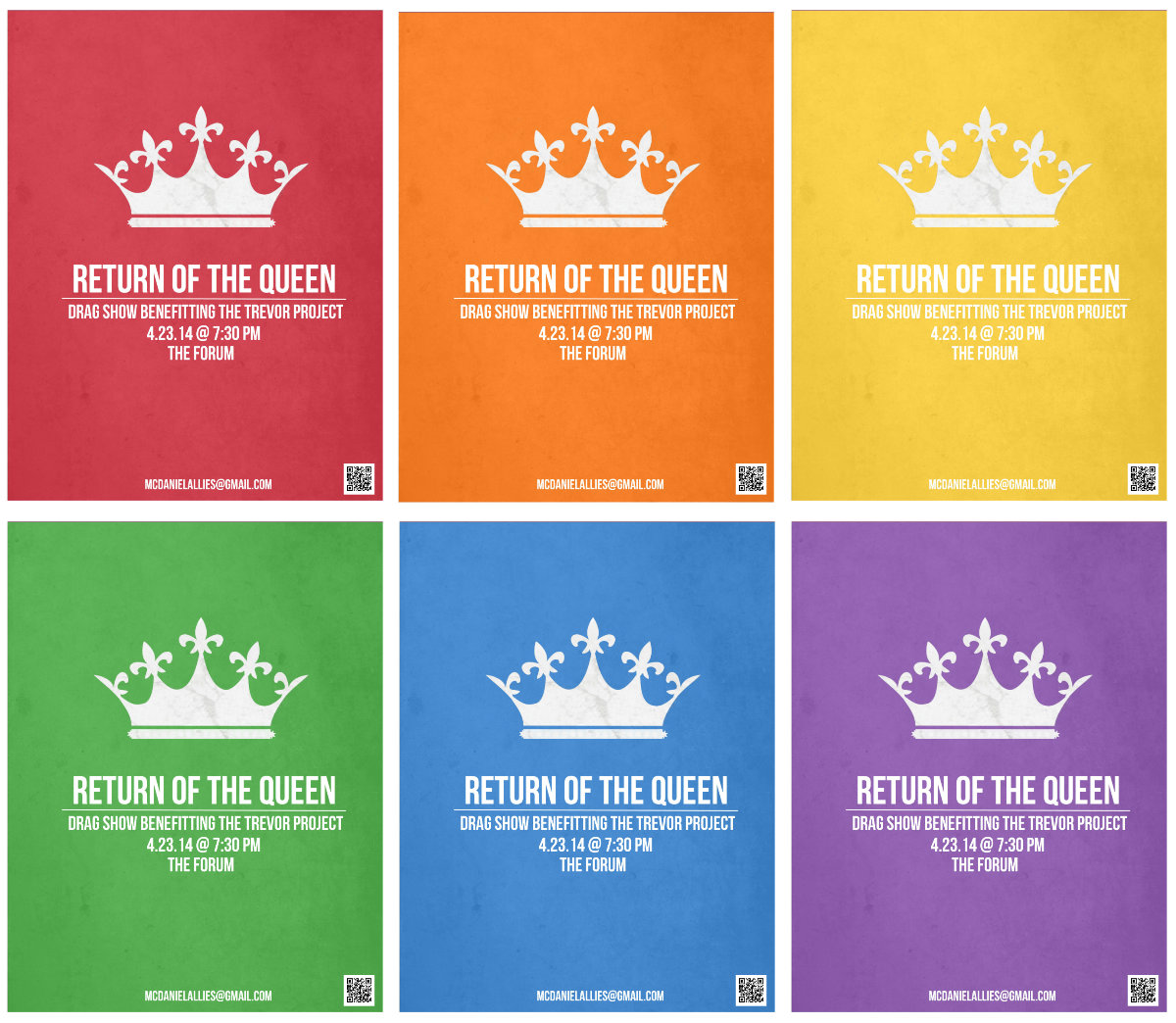 McDaniel Allies, the college’s Gay/Straight Alliance, will be hosting a drag show to support The Trevor Project on Wednesday, April 23 at 7:30 p.m. in the Forum.

Last year’s drag show was such a success that Allies was obligated to make it happen again. This year’s performance will consist of two drag queens and a drag king, according to Allies President Natalie Stefanelli.

If you’ve never been to a drag show, Stefanelli described it as “kind of like a fashion show with more dancing and music. Typically at drags shows, how it works is it can be kind of interactive depending on the performer’s style.”

If this will be your first drag show, she warned that some performer’s styles may be more ‘in your face,’ which can come as a surprise if it’s not expected.

Proceeds will be donated to The Trevor Project, a national, nonprofit charity with the goal of eliminating suicide among LGBTQ youth. Those who identify as LGBT are among the highest percentages of suicide attempts, as stated on the American Foundation for Suicide Prevention’s website.

The Return of the Queen Drag Show is part of Allies Week. “We do that every year….we try and celebrate all the different identities that fit within the LGBT community,” said Stefanelli.

There are more events coming up in which everyone can participate; some are as simple as wearing a certain color shirt on a designated day of the week. Stefanelli explained that the concept as “just something really simple that everybody can do. Just put on a red t-shirt and be a part of the celebration.”

Natalie Stefanelli hopes that “a lot of people who have no experience with drag culture whatsoever get some insight into that. Drag culture is not by any stretch of the imagination representative of the entire LGBTQ community but it is a very visible part of it that a lot of people are interested in. And hopefully, it’s kind of a stepping stone for people to come to some of our other events that we do because we try and really cover a broad spectrum of different identities and different kinds of issues.”

Tickets are on sale for $2 at a table near the school store, but will also be available at the event. Be sure to bring extra dollar bills because tipping the performers is encouraged! All tips will also be donated to the Trevor Project.

If you have any questions concerning the drag show or would like to reserve tickets, email mcdanielallies@gmail.com.

The Return of the Queen Drag Show Succeeds Despite Obstacles