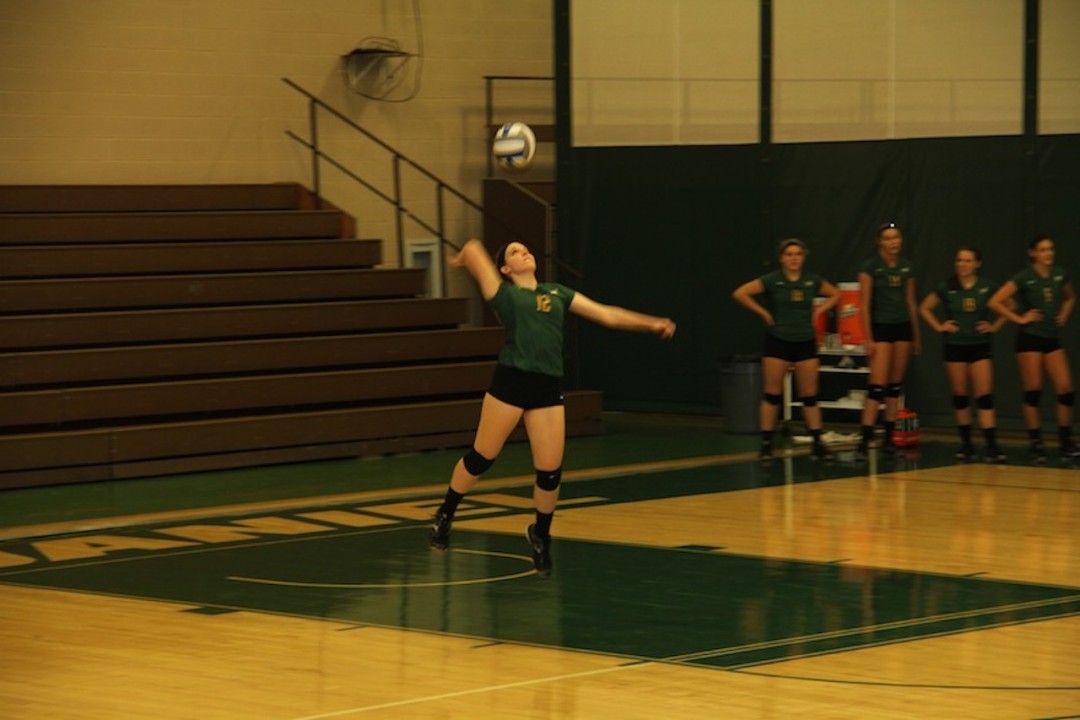 McDaniel ran its current winning streak to seven matches with a pair of victories at home on Saturday that included a 3-1 Centennial Conference (CC) volleyball win over Ursinus College and a 3-0 winn over Penn Sate Harrisburg. The team also beat Dickinson College 3-1 on Wednesday in another Centennial Conference win. McDaniel’s record is now 17-4, 3-2 CC for the season.

The Green Terror were led by Madeline Rose with 10 kills and 10 total blocks over the two matches. Reagan Folaron added 13 kills, four aces and four blocks.

During the first two sets, the girls played consistently, demonstrating better communication with each other than Ursinus’s team. McDaniel was also able to identify the holes in the Ursinus lineup.

During the third set, McDaniel’s communication declined, and with McDaniel’s missed serves and hitting errors, Ursinus was able to push McDaniel into a fourth set.

In their next match, the balanced Green Terror attack led to a 25-11, 25-11, 25-14 win over Penn State Harrisburg, one of the fastest victories for the team this teason.

Three of Donnelly’s aces keyed a 6-0 run in the first set before Donnelly and Alyssa Gilboy combined to serve McDaniel to an 8-1 lead in the second set.

The Green Terror opened the third set with six straight points en route to the sweep. This victory was a combination of the excellence of McDaniel’s athletes as well as a lack of strong defense and offense from Penn State Harrisburg.

On Wednesday, McDaniel beat the Dickinson Red Devils 3-1 at Dickinson.

McDaniel plays again this Saturday at in a double match-up versus Swarthmore College followed by a match versus Penn State-Berks. Play begins at 1 p.m. at Swarthmore.

Comparing or Connecting: What McDaniel Students Feel about Facebook