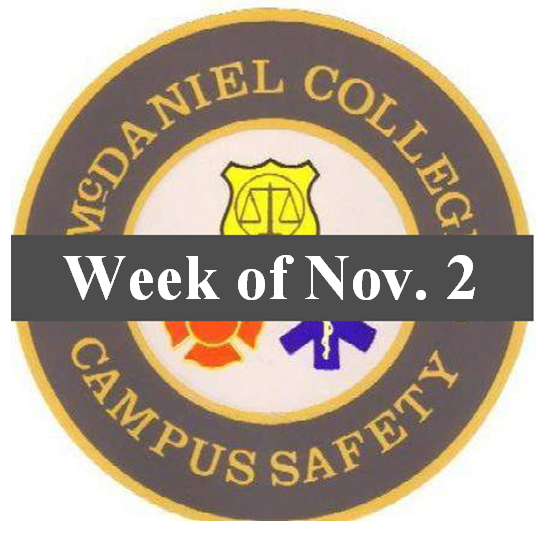 Well guys, Homecoming week was as crazy and rambunctious as ever, and now that the dust has settled, we gaze upon a whole pile of wreckage and some incredibly awful decisions. And there were quite a lot of the latter, let me assure you.

To start off, there were 24, yes, twenty-four, counts of alcohol possession under 21 reported. Now as much as I support keeping the local liquor shops in business, that’s a pretty crazy statistic right there. Leading the pack was Whiteford with 13 counts, as well as four counts of possession of hard liquor, followed by Rouzer with eight counts (the great freshman dorm drinking battle continues, I see), then Pennsylvania Avenue with two counts and quite bizarrely, DMC with a single count. I guess someone just couldn’t handle all that Honors coursework and found solace in the sweet embrace of Smirnoff, though to be fair, I’d imagine The Odyssey becomes a lot more interesting after a few pints.

Going from getting smashed to literal smashing, we had quite a few people decide to go out and start participating in some anarchy, as Sublime might put it. In other words they went and attacked a car in the stadium lot and various objects in McDaniel Hall, Lewis, Rouzer and the Garden Apartments. Now, besides being happy my car wasn’t the one someone attacked (no, I will not tell you what model it is), I really wonder what got into people this weekend. Was it them watching the football team and imagining that they too could be linebackers? Because I hate to tell you, but there’s no way you’re tackling a Lexus — and tackling a chair or a sign isn’t that impressive.

Also, someone tampered with a fire extinguisher in McDaniel Hall, which would make sense if someone was trying to make a smoke machine for Halloween. Actually, did I say that made sense? Sorry, I meant that’s a horrible idea unless you’re a fan of frostbite.

Someone also decided to trespass into the gym, which seems reasonable, doesn’t it? I mean, sometimes it’s two in the morning and you just have to go lift. Of course, if you’re breaking into a gym two in the morning, you’re probably in no state to be lifting anything, even if your inebriated brain tells you otherwise. Maybe stick to the elliptical.

But seriously guys, be smart out there, and be careful. Because getting robbed will ruin your week, and getting busted by the cops could ruin your life. So keep your eyes open — and stay safe.