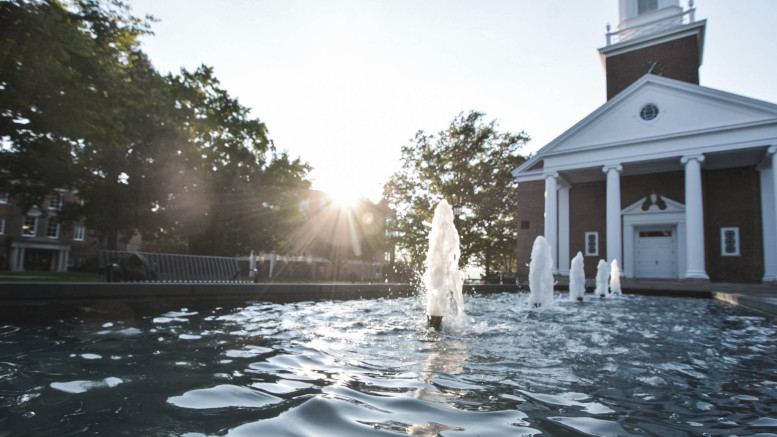 The first week of my junior year was hard. Not because my classes are overwhelming, nor readjusting to Glar. It doesn’t even relate to my attempts at salvaging my neglected social life. The beginning of the semester has been challenging for me due to the various struggles of McDaniel as an institution, which have become ever more apparent since my freshman year.

It seemed as though students would never stop walking into my first class this semester – in the end, one student was without a desk. My RA had to “ask” residents to “donate” some of their meal swipes for an event that the school wouldn’t fund sufficiently. A slew of small, seemingly-random fees have been appearing. I remember very well the annual rage of students amid price increases that have consistently surpassed inflation and wage growth. I have mixed feelings about last year’s changes to the McDaniel Plan.

Obviously, no one at any level of McDaniel is particularly proud of these changes, and I of course feel an angsty bitterness about how much I pay to be here. Perhaps there are certain aspects of McDaniel that could be managed better, but I see larger problems at work: a harsh economic situation and extreme levels of competition among colleges.

It’s no secret that our economy has seen better days (though it has also seen much worse), and this problematic state has clearly impacted McDaniel. An analysis via Business Wire states that undergraduate enrollment fell by four percent between the fall of 2014 and fall of 2015, with graduate enrollment on a steady decline (though these numbers are now a year old). An article from Carrie Wells of The Baltimore Sun has recently stated that McDaniel’s enrollment decreased by 17 percent between 2010 and 2015 due to plummeting graduate numbers, though I’ve heard of and noticed recruitment and retention issues in my own undergraduate class.

As seen in a budget transparency talk given by President Casey, undergraduate tuition, room, and board made up the majority of McDaniel’s revenue for the 2015-2016 school year, comprising 65.7 percent, whereas graduate payments made up just 13 percent.

I fear that the small liberal arts college model that I have become so fond of might soon be a thing of the past. We already see the troubles McDaniel is having, and Wells cites sources claiming that families are now becoming more cost-conscious, opting for more affordable, though perhaps less personal, public options.

Adding to this, presidential candidate Hillary Clinton, in a concession to gain approval from Sanders supporters, has shifted her policies towards allowing students with family incomes below $125,000 to attend public in-state universities free of tuition. While the feasibility of her methods for doing so are in question, and while I’m a strong advocate for education reform, this would place an immense amount of pressure on small, private, non-top-tier institutions like McDaniel, and, since colleges must either adjust their budgets or go under, ultimately the liberal arts college as we know it.

McDaniel, being primarily funded by student payments, already struggles to compete with larger public universities in the never-ending “arms race” among colleges attempting to dazzle prospective students. In part due to the highly commercialized, even romanticized, nature of a college education in the U.S., students looking at colleges are now obsessed with countless superficial details beyond the pursuit of knowledge and self-growth.

There’s also the immense cultural weight in the U.S. telling students that college is the only surefire method to a more successful life, which is generally true, but also drives demand (and how much schools can charge) up endlessly. Now, more and more students have to make tough decisions due to cost, which government-provided loans have failed to thoroughly address, as students must pay these back after graduation or have their credit scores plummet into oblivion.

With the critical challenges McDaniel and many other colleges are facing, we, the students, need to think about what we truly want and need. Yes, that North Village apartment is a luxury compared to your freshman year in Rouzer, but what will benefit us the most 20 or 30 years from now?

Will it be amenities like air conditioning, a buffet-style dining hall, and lavish facilities that older alumni lacked, or will it be the personalized nature of our small college, which, with its liberal arts curriculum, allowed us to “liberate” ourselves with knowledge and gain a much deeper understanding of the world?

I prefer the latter.

Mindfulness in an age of technology